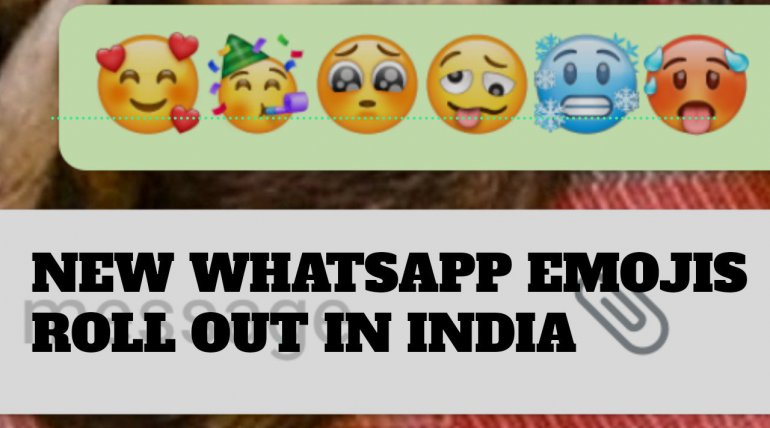 In the first week of November, WhatsApp has released plenty of new emojis in it's BETA version 2.18.349.

We can spot the party face, hot face, cold face, woozy face, superheroes, and supervillains. Even some animal emojis are added,

including the hippo, the kangaroo, peacock, and parrot. There are some new foods too like a mango, bagel, cupcake, as well as sports equipment for lacrosse and skating, and some scientific apparatus such as a test tube, petri dish, DNA, and lab coat. You'll also find a teddy bear and plenty of other emojis. All these emojis don't appear together, so you have to scroll down and find the emojis in different places.

In this version, not all the new emojis can be seen though. Also since this is BETA, only few users in India can have access to these emojis and the rest of the users should wait to use it officially.