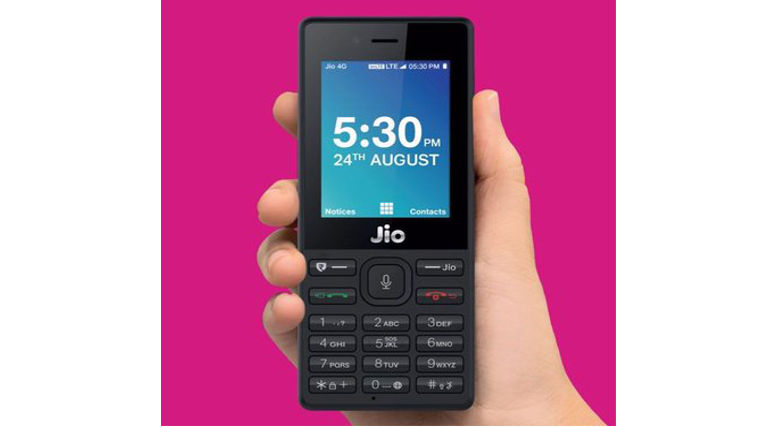 According to recent reports from Telecom sector of India, around 40 million Jio phones were sold by Reliance Jio so far. After Nokia and Itel, Reliance Jio feature phone acquires the third spot with 17 percent growth in 2018 's first quarter that raises its hold to about 36 percent of the Indian phone market. Rs 49 (< $ 1) per month plan was introduced by Jio in January especially for its feature phone would trigger its sales in the upcoming months. The plan provides unlimited voice calling with 1GB free data for a month. It offers up to 112 GB free data under Jio Phone Pass Offer.

Jio started in September 2016 as a strong rival to Airtel, Vodafone, BSNL and others network providers, covered up a huge market in India within a short period of time.The network service was provided free to its plan subscribers for a certain period (1 year) then it is extended further. With frequent data plan improvements, it held its market to date. The reason behind the Jio's wide reach is mainly due to the contribution of Jio phones and then its exciting offers.It is said that Jio's data up to 10 GB per month has been utilised by Jio subscribers.

Speculations reveal that Jio Phone would be getting Whatsapp soon with the support of KaiOS, the Linux based OS. KaiOS is designed to work on phones lagging touch-screen. Now, Jio's plan would be to upgrade the feature phones to match up the level of smartphones in certain basic amenities as the price of the Jio phone is below Rs. 2700 ($ 40) below which quality smartphones could not be purchased.