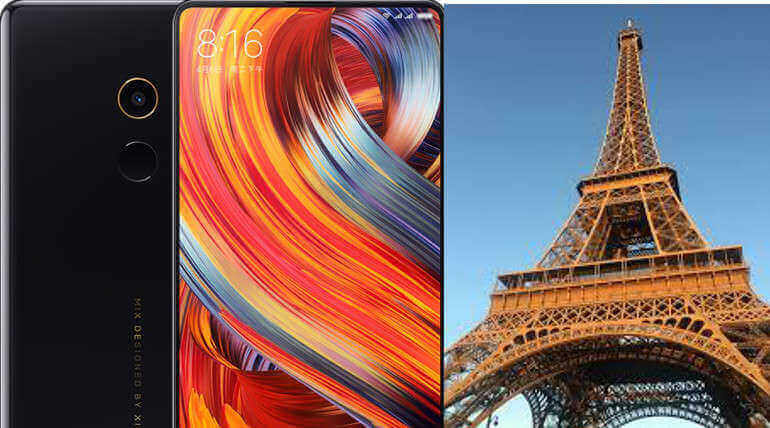 Xiaomi Inc. is a Chinese smartphone manufacturing company headquartered in Beijing. Xiaomi also produces mobile apps, laptops and related consumer electronics like TVs, vacuum cleaners etc. Recently, in its official Twitter page, Xiaomi has announced that it will enter the European market starting its sales in France on 22nd May and Italy on 24th May and also be opening a retail store in Vienna. Also, the company has filed for an IPO in HongKong before its announcement.

After establishing a dominant market share in China and India, the company initiated its selling in Spain in 2017 and this year, it has ideas to further expand its base in European countries such as France, Italy and also expected to get into Austria, Denmark and Ireland before entering German market. Also, according to its CEO Lei Jun, Xiaomi hopes to enter US market by 2018 end.

Xiaomi's Mi Mix received a  good response while mobile users support it because of good quality at a competitive price. Recently, some of its mobile users in India complained about the inappropriate advertisements received through the notifications from Mi apps on Xiaomi smartphones. Xiaomi India, then responded that the ads are sent by third parties and it was not responsible for it. Xiaomi's latest mobile Mi 6X was launched on April 2018. It has a 5.99-inch display with 1080 x 2160 pixels resolution.