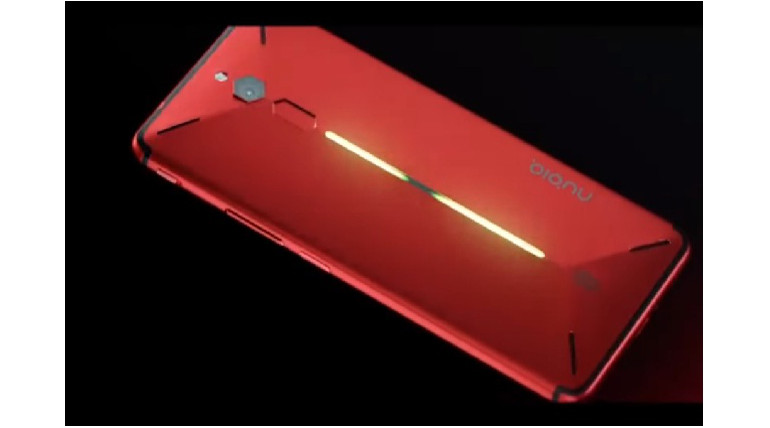 Here is a good news for Smartphone Game lovers. ZTE brand Nubia Red Magic is the new model from China especially meant for gaming and launched at the start of the week. The phone features 16.8 million colour RGB light Panel and possesses Air cooling technology. It does not display notifications while gaming. It is expected to have gaming features as experienced in Computer Gaming. Gameboost button is an added feature on the phone to enhance the gaming performance.

Nubia looks attractive with red vents and LED light strip at the rear that glows in multiple colours. Nubia specifications reveal many highlighting features competing with others in the mobile market. The 6-inch smartphone has an 8MP front camera and 24 MP rear camera with a resolution of 1080 x 2160 pixels while many of its competitors have only below 20 MP. The mobile is upgraded to Android 8.1 OS and huge 3,800 mAh battery. With 6GB RAM and 64GB internal storage space, the Nubia works on a 1.9 GHz octa-core processor with Snapdragon 835 that might be a slight disadvantage as the processor is one year old.

Usually, Sony is meant for Gaming phones having a strong base of game lovers. Following this, Razar Phone already exists in the market while Xiaomi's Black Shark has been newly launched. Nubia faces tough competition at the moment. Similar to sound coverage in Razer Phone speakers that was a highlight of its success, Nubia also has four speakers using smart amplification technology and inbuilt DAC ( Digital to Analog Converter).

Overheating of the phone could be avoided by in-built air cooling system that conducts the heat from mobile using graphite. Nubia Red Magic is priced at $397 USD for 6GB/64GB model while it is $478 USD for 8GB/128GB model. ZTE would be launched on Indiegogo on 26th April.