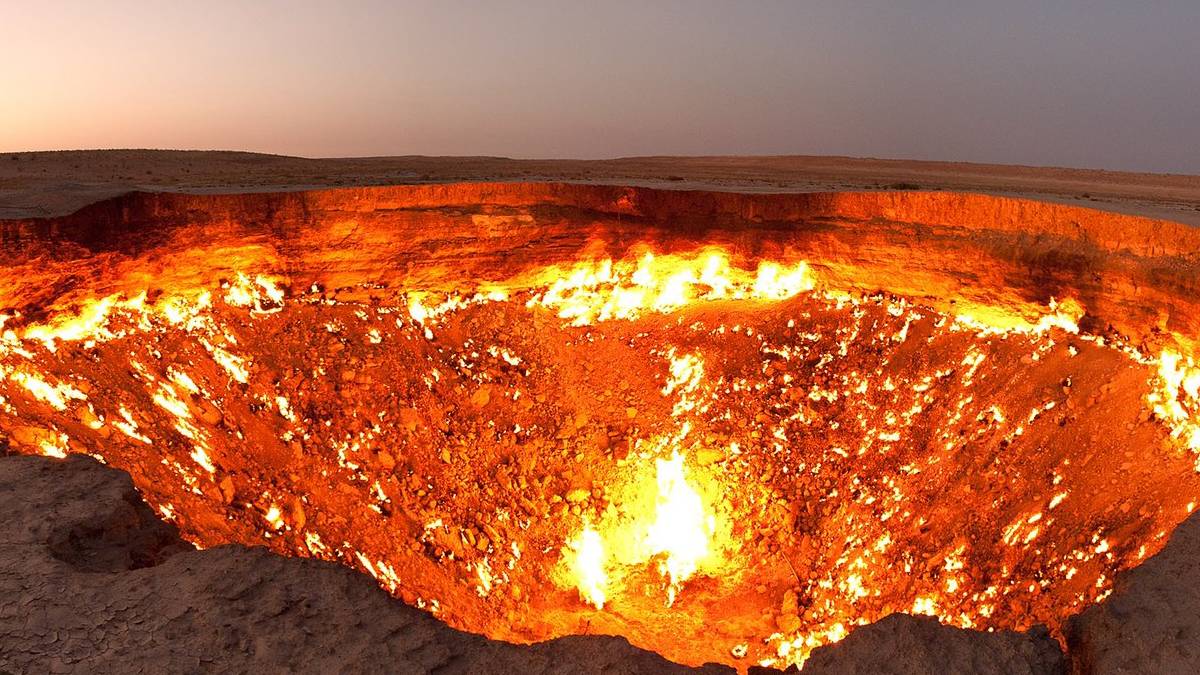 Turkmenistan is the smallest country in Central Asia above Afghanistan. This oil-rich country has a lot of methane gas stations. There is a lot of fuel under the ground here. Thus, methane extraction plants are located all over the country. President Kurbanguli Berdymukhamedov has ordered to put out the fire that has been burning here for many years.

This large pit is located in the village of Darvaza in the country of Turkmenistan. The people of that country call this the gate of hell. It is a large pit with a total circumference of 70 meters. The pit is 66 feet deep. In 1971 an attempt was made by the Soviet Union to build the largest oil well. For this, a large rig was set up, and well construction work took place. But while digging 60 feet deep, the foundation suddenly collapsed, and Rig fell to the ground.

It turned out to be a big hole. Methane gas is beginning to escape from the pit during the test. Methane is expelled rapidly at high pressure. This puts methane at risk of spreading to nearby towns. It has been warned that if it mixes with the air and catches fire somewhere in the city, there is a danger.

Thus they decided to set fire to the pit. If you put out a fire, there will burn as soon as the methane comes out. Thus, they have said that methane will not spread in the city. It is predicted that it may burn for a total of 2-3 weeks. But the fire that started there has been burning for the last 50 years without letting up.

All these years, methane has been coming out of the pit and burning like fire. The large pit looks like hell, as shown in the pictures, as it is full of fire. All the towns within a radius of 100 km are badly affected due to this pit. Due to the heavy smoke coming out every day, it has become uninhabitable. And because it is a little poisonous air, many people have suffered from various respiratory diseases. The government of Turkmenistan has been trying to close it since 2010.

But the government was unable to close the Turkmenistan crater due to the continuing emission of methane gas. The fire coming here could not set up any gas well nearby. In this case, the government of Turkmenistan is planning to close the gates of hell this year. The government is to launch new technologies for this. Now it has become a big question whether their plan will succeed in this attempt.