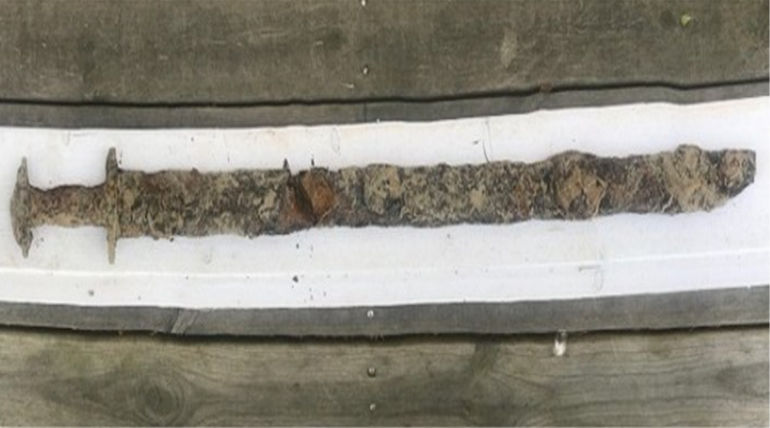 It was a normal day in the Southern Sweden lake where the 8-year-old girl Saga was helping out her father with his boat. Suddenly something struck Saga’s feet. It seems to be 35 cm deep inside the lake where she found a 34-inch ancient sword in a holster made of wood and leather.

Since the level of water was low due to drought, saga found the ancient weapon which was under water for ages. After discovering the ancient weapon Saga's father Andy Vanecek told a media about the incident. Mickel Norstradam of local Jonkoping County Museum said that the sword is 1500 years old and also predicts that there may be many such treasures inside the lake which might have diminished due to drought.

The sword is now kept in the Jonkoping County Museum and as per the information from locals, the investigation of the lake is still unfinished.