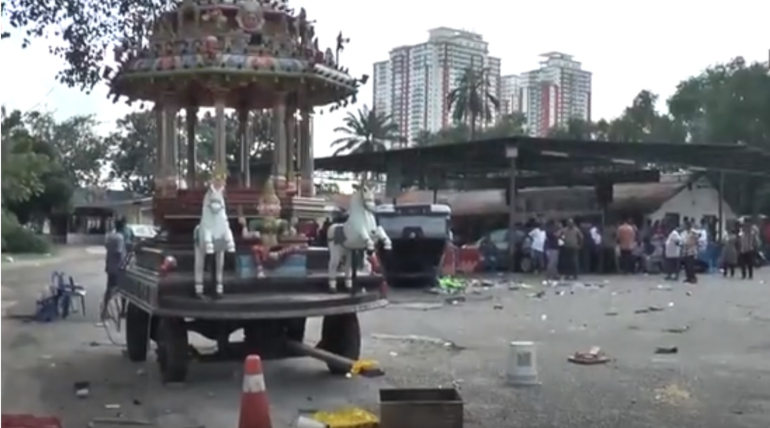 The Seafield Sri Maha Mariamman Temple at USJ, Subang Jaya, Selangor undergone various riots for the past couple of days and the land dispute is cited as the reason for the issue.  Two gangs were said to be involved in the protest and hired other groups to safeguard the temple after the agreement for the temple ended recently.

17 people were arrested on Monday after the havoc and 4 more men who involved in the violence took place on Tuesday early morning was arrested by the Selangor Police. All the accused who have been arrested are said to be the local guys who kept attacking the public properties outside the temple.

Cars have been torched by the protesters and a firefighter was attacked by the group when he was working on the fire. Media reported that the officials are in talks to move the temple from Subang Jaya to Putra Heights.

It is also reported that the protesters who were connected to the temple riot also attacked One Mall in the same area, early morning on Tuesday. The front glasses of the Mall were broken by the attackers and carried protest across the streets.