Dubai Man Jailed for the Whatsapp Text IDIOT to his Fiancee 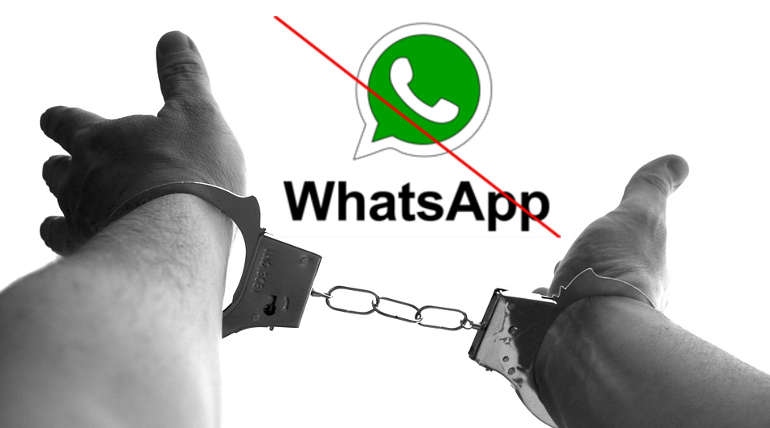 According to a news channel in UAE, a young man sent a message to his fiancee on Whatsapp. In that message, he called her 'habbla' (Idiot). However, she felt derogatory to the word. She reached the police station directly and lodged a complaint against this young man.

In this case, the relevant youth was given a fine of 60 days jail and fine of around 5444 dollars (Dh 20000) even though he explained that he send as a "just kidding" in the court session. Meanwhile, such incidents had happened in the last month of January. At that time a British citizen sent the explicit clip to the lady of a car dealer in Dubai. That British citizen was sent to jail.

Legal counsel Hassan-al-Riyami told the local newspaper that if a person uses abusive words, photographs, pornographic videos or sexual jokes sent from phones through social networking applications such as Whatsapp, to other people, the sender expected under the law against IT crimes, whether sent By mistake or willful.

Al-Riyami added that the law affirms that a person who commits a crime or an electronic means or a website, one of the crimes, which includes the improvement of the infidels or incitement to them, shall be punished by imprisonment and a fine of not less than 250,000 dirhams and not exceeding one million dirhams.

Al-Riyami stressed the need to combine family and media efforts to raise awareness of the dangers of falling into such crimes and protect young people from falling into this mistake. He called upon parents to provide adequate advice to their children and daughters and to warn them not to take such things. Law, in addition to the need for the attention of the media to publish awareness-raising advertising materials warning against violation of Islamic law and common sense.

Another young man, an Arab, was arrested at the airport on his return from an out-of-state vacation due to six charges against him by a group of women after sending him pornographic and obscene messages through social networking sites and applying Watts Ab, denying his knowledge of the messages, His phone was stolen from him while he was inside the state, and he left for his country and no one knows who stole it.

Dubai Man Jailed for the Whatsapp Text IDIOT to his Fiancee