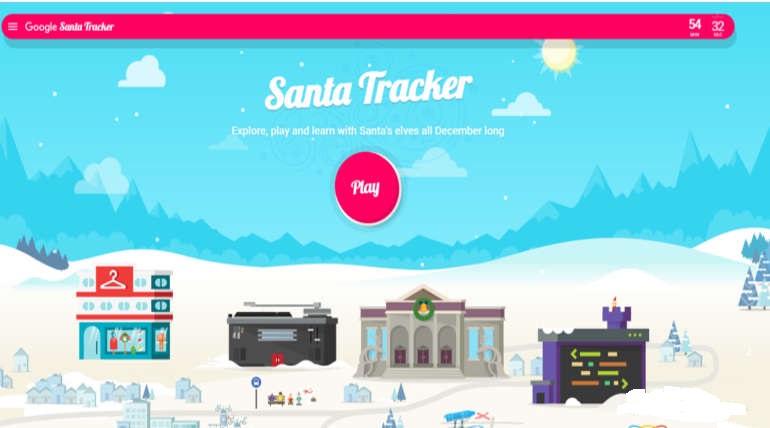 Today is November 24, and that means one thing besides the Christmas celebration: that the children of the world who have been good and kind will receive a gift from Santa Claus. This is how Google remembers it with a doodle that announces: Happy Holidays 2018.

"Now you can confirm the reported sightings of an unidentified flying object from the North Pole," reports Google. "The radars are catching a big, happy 'blip' accompanied by eight tiny 'blips', and a bright gleam light has been seen throughout the polar vortex," they added.

In this way, Google confirms that Santa Claus would have already embarked on his trip around the world to give gifts to children around the world. According to the Santa Tracker platform, the Christmas adventure will begin at approximately 5:00 am and the first destination would be La Isla Navidad, in the state of Kiribati, northwest of Australia, and Samoa.

The doodle that Google launched to celebrate Christmas in the Southern Hemisphere and Father Santa's passage through the world leaving gifts. "Children are recommended to be nice, not naughty and stay in bed until further notice," says Google as a precaution to await the arrival of "who seems to be" Santa Claus. "Keep in mind that this unidentified flying target may contain candy canes and good news for everyone."

The internet giant modified its logo for the countries of the southern hemisphere so that when the users of the search engine observe the recreation of the passage of Santa and his reindeer through a sky full of stars and illuminated by a large moon, while they drop gifts on the homes adorned with Christmas lights.

Google also prepared a special doodle for users in the northern hemisphere of the planet. Thus, to wish Happy Holidays 2018 in this part of the world, the logo shows Santa Claus descending to rooftops to leave his gifts for the chimneys of the houses while the sky is witness to a snowfall.

Finally, the children, and adults, who can not "stand" by and see the gifts that Santa Claus is leaving them, can know where exactly it is through the Santa Tracker platform, which follows its trip in real time showing the countries that already visited and where exactly is through google link.