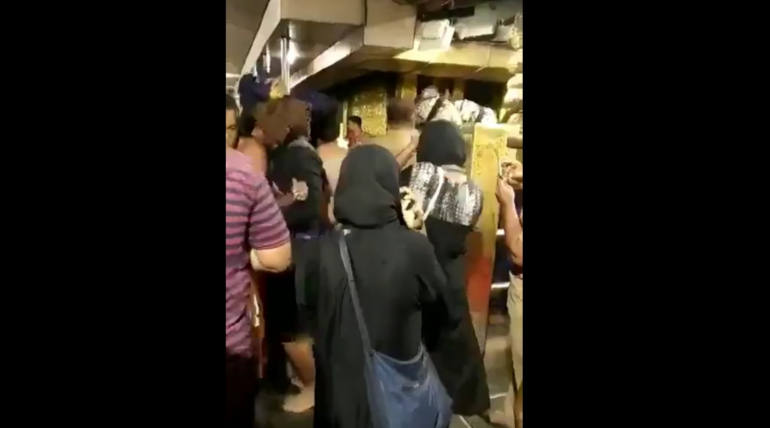 History has been created in the Sabarimala Ayyapa Shrine as two women less than 50 Years of age has entered the temple for the first time. After the Supreme Court verdict of granting permission for the woman of all age to enter the holy temple, this is the first time it has been utilized amidst huge protests in the state.

Last time when two young female journalists tried to enter the "Devasathanam" protesters ferocious that they did not allow anyone inside and police can't take the women inside with huge crowds approaching. Despite the Supreme Court order, the state government can't proceed with the rule and provide safety for the women devotees and sent them back.

Wednesday early morning, two women devotees went inside the shrine with police protection and the video of them entering the temple is going viral on social media. The women were said to be around 45 of age and they made it into the holy place for the first time ever in the history of Sabarimala. The news is making sensation across India as people are expressing their happiness in social media along with some dissatisfactions from ardent devotees.