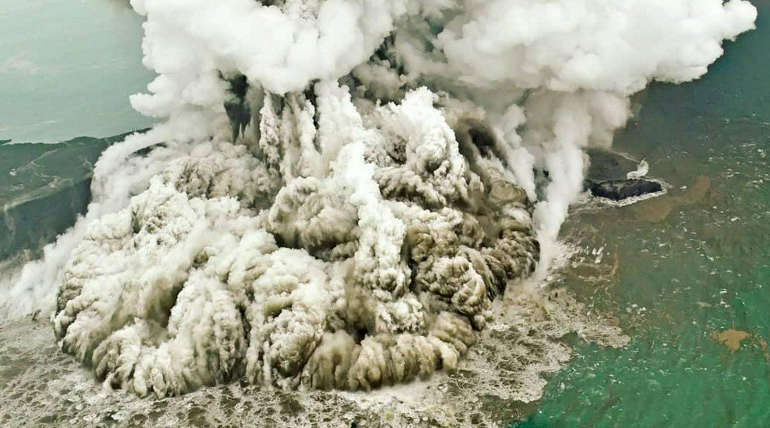 Tsunami in Indonesia took many lives, this maritime disaster in the Sunda Strait area has killed nearly 281 people, while more than 1000 people have been injured. So far, photos and videos of this disaster are coming out from Indonesia. One video of a rock band concert near the beach catastrophe is getting viral on social media in a tremendous manner.

When Indonesia's Tsunami happened, rock band Seventeen was having a concert, the wave came and took everything away. After the incident, the band's lead singer, Reefian Fazerasah, also released a message on Instagram for their fans. Crying in the video message, Rephian said that he lost one of his bassist and manager, while still 3 members and his wife are missing.

He also appealed to his fans, "Please also pray that we can bring back Andy, Harman and Ujag soon". Jack, another member of the Seventeen Band, also released an emotional video. He wrote that when the waves came on the stage, they caught a part of the stage, the reason being that they were saved.

The band was a program for the government electric company during that time. It is worth mentioning that after the volcanic eruption in Indonesia on Sunday night the scum of the catastrophe stretches. Since the volcano erupted, the tsunami had come, since then the catastrophe has spread in Indonesia.

According to local reports, on Saturday night, when the waves hit the shore, the administration had not issued any warning to locals. The reason for this is that devastation has increased in areas such as Pendegalong, South Lampung and Serang, which have killed most people in this area.

So this was when this band called Seventeen had their concert but suddenly tsunami attacked themðŸ˜­ #PrayForAnyer #Krakatau pic.twitter.com/GC70uqgyoj