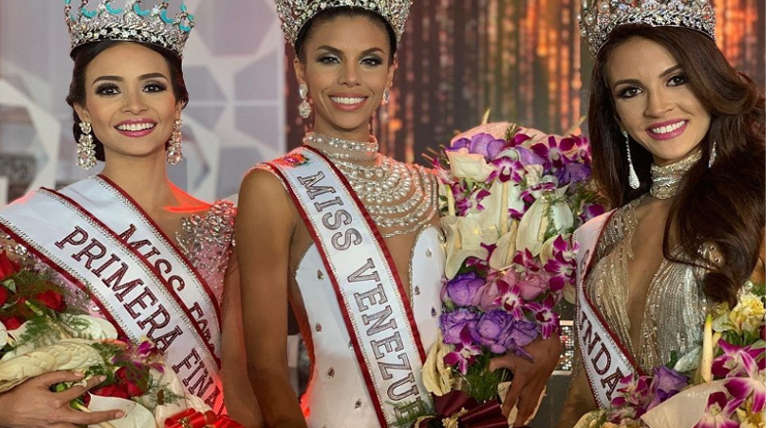 The 67th Miss Universe competition is scheduled on December 17 in Bangkok, Thailand. Without much publicity, the curtain of the Miss Venezuela 2018 raised last night of this Thursday, 13 December on Estudio 5 de Venevision, Caracas - Capital of Venezuela. The show is so popular to crown the most beautiful woman in the country. In a four-hour show, 24 candidates participated for the title that can allow them to participate in the Miss World 2019.

Beyond many pellucid sex scandals reports on Organisers, the 65th edition of the beauty pageant show went well with 20000 audiences. A musical production with talented vocal singer presents a concert in tribute to the Venezuelan singer Franco de Vita.

Another Venezuelan musical box in tribute to Juan Vicente Torrealba with singers Annae Torrealba, along with his daughter Anastacia, Los Torrealberos, Danny Barone, the harpist Jhonny Jimenez performed well. The Traditional Dances of Zulia, the ballet of Venevision were the dance items.

The other musical shows were led by the singer of the urban genre Thomas, The Latin Boy, who performed a melody of his greatest hits accompanied by the Dimension Latina orchestra; while Omar Enrique took in charge of making a tribute to merenguero Juan Luis Guerra. The show was anchored by Henrys Silva, Fanny Ottati, Jos Manuel Mejas and the newly elected Miss International 2018, Mariem Velazco.

According to the producers of the event, Erik "El Pollo" Simonato and Ricardo Di Salvatore, the idea of the contest resembled the same style as the Miss World.

Therefore, of the 10 semifinalists faced the round of questions, five chosen in a special way: Miss Anzotegui by the Miss Solidarity band (based on her social work); Mara Elona Hurtado; Miss Nueva Esparta Isabella Rodrguez selected as winners of the talent and Carla Viera from sport tests previously done, Beida Fossi chosen by the public and Miss Aragua chosen by a dynamic performance in the live show after the gala costume parade. The other 5 chosen by the jury.