Storm Diano Approaching UK, Will Continue to Hit with High Winds and Rainfall by Thursday 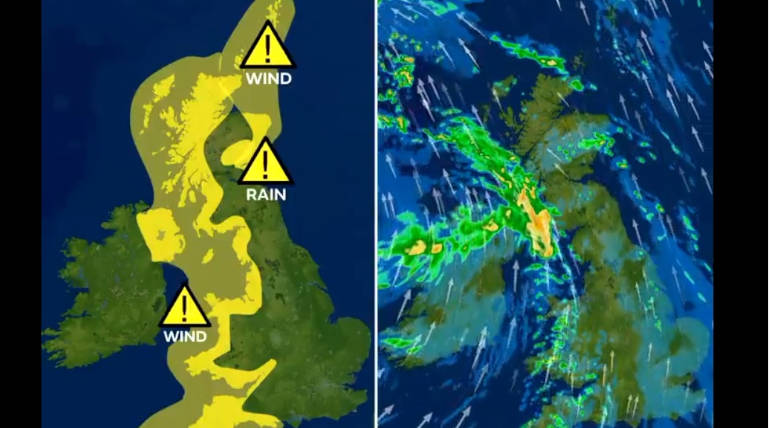 The Storm Diana is set to hit the UK with high-speed wind by Thursday and the Let Office has reported that the wind would be of 70 mph range and more. The state will see heavier rainfall than the recent ones as it is forecast to be 80 mm in man areas.

"The main rain band over England is moving away into the North Sea now. However, there will be further wet weather to come, especially across Northern Ireland and Scotland" tweeted the Met Office updating the latest weather condition of the state.

As per reports, the weather made 62 flights to be canceled and delayed 380 to be delayed on Tuesday while the British Airways services contributed the most number of canceled flights counting to 45 scheduled flights and also delayed 237 flights.

The existing rainfall started milder by Wednesday morning compared to Tuesday and the condition is expected to soar by Thursday according to the weather forecast. The temperature on Thursday is expected to be around 5C, which is first such occurrence of the year.

Storm Diano Approaching UK, Will Continue to Hit with High Winds and Rainfall by Thursday