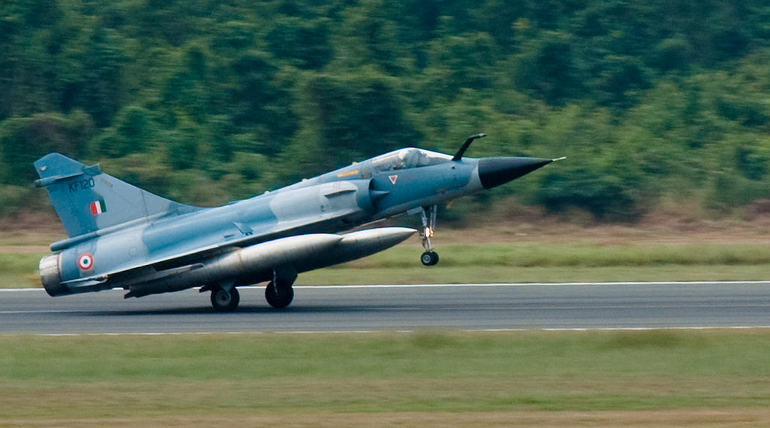 After the Deadly Pulwama attack held by Pakistan terrorists in Indian CRPF convoy, the nation was under grief since the attack which killed about 40 CRPF soldiers. Now the Indian Air Force has struck back with a successful breach over the Line of Control through Muzaffarabad Sector and has reportedly attacked the Terror camps over those areas.

According to reports, the IAF entered and attacked with 12 Mirage 2000 Jet Aircrafts on terror camps across Malakot, Muzaffarabad, and Chakoti. An estimated 200-300 number of terrorists are said to be killed in the attack after the aircrafts dropped a payload of 1000 Kg of Bomb from the air.

Meanwhile, Pakistan is been downplaying the attack by announcing that there are no casualties as Indian Air Force dropped the payload on free Space. The Pakistan spokesperson tweeted "Indian aircrafts' intrusion across LOC in Muzaffarabad Sector within AJ&K was 3-4 miles. Under forced hasty withdrawal aircrafts released payload which had free fall in open area. No infrastructure got hit, no casualties. Technical details and other important information to follow."

While sources confirm massive destruction caused in the attacked areas where terrorist camps are present. Balkot in Manahera district of KPK province is where the Jaish-e-Mohammed terror camp is said to be located.