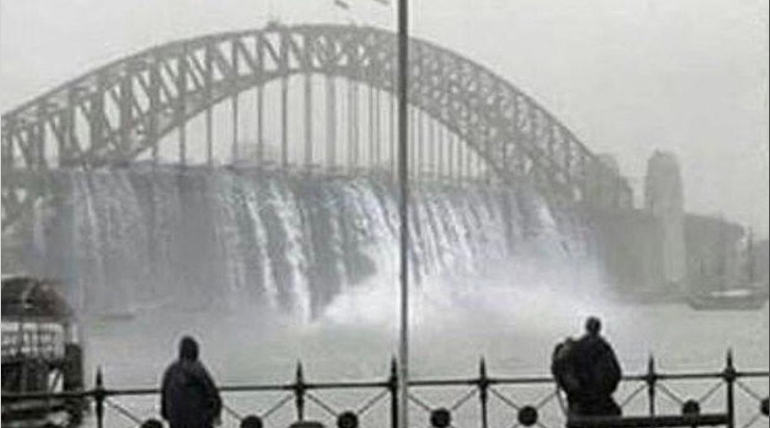 The heavy rains right from Wednesday morning in Sydney flooded the city, affecting the normal life of the people. People suffered to travel on roads, as the storm and rain made a heavy impact on the environment. A motorcyclist was killed by early morning reportedly and flights from the city have been canceled owing to the weather conditions.

As the rain struck the city during peak hours of the morning, a havoc was seen on the main roads as people suffered a lot due to continuous rain. According to Australia's Bureau of Meteorology (BOM), Sydney received more than 10 cm rainfall so far which is way higher than the amount of rainfall recorded for the whole month.

Two policemen were injured after a tree fell on them while they were helping for a stranded motorist in rain. More than 8000 people are left without power and suffering due to the power loss, it takes time to restore the power as the rain doesn't seem to slow down. Police are warning people to stay at home and avoid traveling until any development in the weather.