Poor Me: Trump Tweeted on Christmas Eve That he is Alone, Re-tweet Comedies 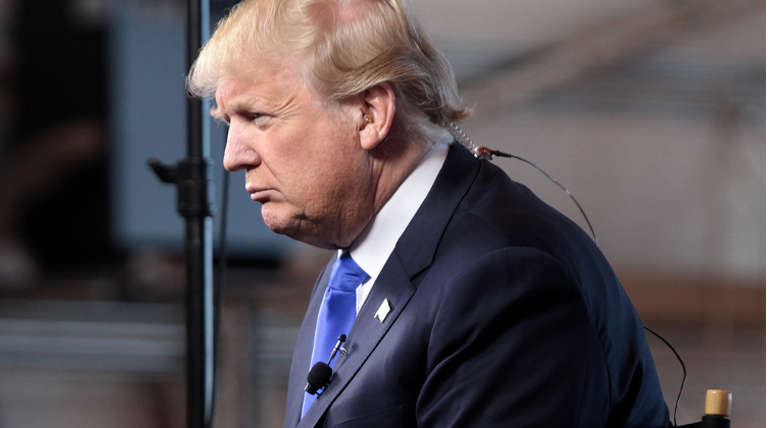 This Christmas, US President Donald Trump had to stay at the White House instead of traveling to his private residence in Mar-a-Lago (Florida) due to the partial closure of the US Government, which began last Friday at midnight.

On December 24, the president published a series of tweets in his official account, many of which were dedicated to the closure of the government and the Democrats. "I am completely alone (poor me) in the White House waiting for the Democrats to come back and make an agreement on border security that we desperately need," the president wrote in one of his publications.

"At some point, Democrats who do not want to reach an agreement will cost our country more money than the border fence we're all talking about - it's crazy!" The message concluded. Last week, the US president promised that in case of government closure or would not go to Mar-a-Lago for Christmas as had been his tradition. Melania had already traveled there, but she returned to Washington to spend the holidays with her husband.

Trump's words did not go unnoticed by Internet users, who in response retweet the cameo of the current president in the film 'My poor angel 2: Lost in New York'. "[Trump] made a cameo in the New York movie, so this is clearly a 'spin-off' from the universe of 'My poor little angel,' joked reporter Alex Thompson.

I am all alone (poor me) in the White House waiting for the Democrats to come back and make a deal on desperately needed Border Security. At some point the Democrats not wanting to make a deal will cost our Country more money than the Border Wall we are all talking about. Crazy!

No, Dear Mr. Trump, you are not alone. pic.twitter.com/eofplMFE1b

He made a cameo in the NYC one so this is clearly a spin-off in the Home Alone Universe https://t.co/3jxd4D1DSV

So many Home Alone jokes pic.twitter.com/LgI7JLqrWV

#Trump already with mental problems, is reportedly sinking into a haze of #AdderallAndCocaine or so #SomePeopleSay

That alone would be enough for me to get my money out of the stock market. pic.twitter.com/4jkJTw5cXw

Poor Me: Trump Tweeted on Christmas Eve That he is Alone, Re-tweet Comedies