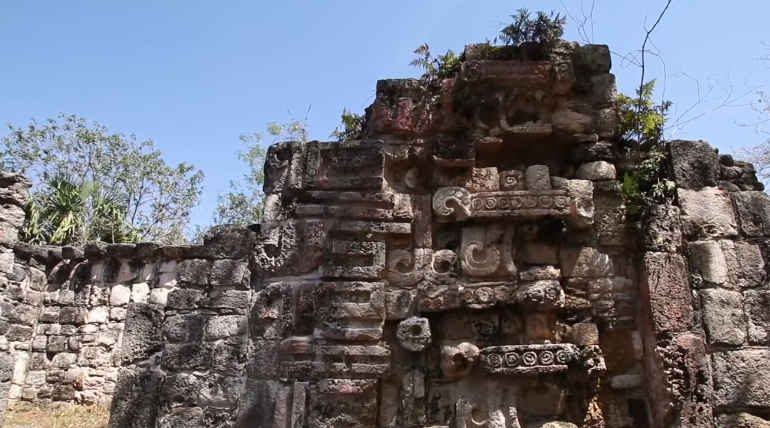 Anthropologists from Mexico's National Institute of Anthropology and History (INAH) discovered the ancient Mayan Palace during the unearthing of the historically ruined city of Kuluba in the Yucatan state, which is around 160 km from the Cancun in eastern Mexico. Researchers reveal that Mayan palace was lost over 1000 years ago, depicting a vast cultural civilization.

Unearthed Mayan Palace building measures about 6 meters (20 feet) tall, 55 meters (180 feet) long and 15 meters (49 feet) wide, overall the extent to be half the length of a football pitch. A basement, stairways, ornamental pillars, residential buildings were uncovered till now in Kuluba ancient site by the archaeologists.

The Institute's archaeologists believe that the palace occupied two long periods between 600 and 1050 A.D, which is during the Late Classic(600-900 AD) and Terminal Classic (850-1050 AD)eras of the Mayan civilization.

The Mayan empire flourished a larger part of present southern Mexico, Guatemala, Belize, and Honduras before the arrival of Spanish conquerors. This palace found in Kuluba considered as the critical Mayan site, which links to the nearby cities of Chichen Itza and Ek' Balam, making Kuuba as Kuluba archaeological zone rendering the highs of ancient times.

Archaeologist Alfredo Barrera of National Institute of Anthropology and History states that "Mayan Palace verdict is just the beginning of work and we began to uncover the most voluminous structures on the site" as a result of restoring the ancient Mayan civilization to a greater extent.

Reforestation has been taking place in the surrounding region to protect the Kuluba archaeological site further as scientists predict that Mayans lost their inhabitation due to the drought, climate, war and politics in ancient times. To be highlighted, the jungle will be open to visitors in the middle term, says INAH anthropologists.