Arctic Council Ministerial Meeting: All You Need to Know about the Recent Big Meet 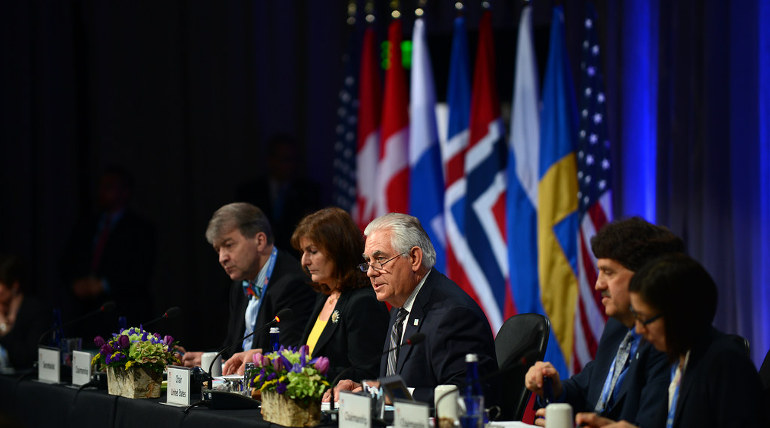 Recently, the 11th Arctic Council Ministerial Meeting held in Rovaniemi, Finland. India was re-elected as the observer to the intergovernmental forum of the Arctic Council. It came into existence after the Ottawa declaration in the year 1996. It works as an intergovernmental forum to deal with the issues faced by the Arctic people and the governments. It is not a treaty-based forum but based on consensus.

Thus, there is no compulsion on any of the countries who are a part of this council. It also mandates and excludes military security. The countries include USA, Canada, Finland, Denmark, Sweden, Russia, Norway, and Iceland. Apart from these countries, indigenous people have permanent status in this council. This is for more inclusion of policies and knows the ground reality. They include the following the Aleut International Association, the Arctic Athabaskan Council, Gwichâ€™in Council International, the Inuit Circumpolar Council, Russian Association of Indigenous Peoples of the North and the Saami Council.

Observer status is open to non-Arctic countries and it works through any intergovernmental, inter-parliamentary, global, regional and non-governmental organizations. These observers work along the working level groups (Arctic Council working groups), who are the Arctic Contaminants Action Program (ACAP), Arctic Monitoring and Assessment Program (AMAP), Conservation of Arctic Flora and Fauna (CAFF), Emergency Prevention, Preparedness and Response (EPPR), Emergency Prevention, Preparedness and Response (EPPR), and Sustainable Development Working Group (SDWG) They mainly work on to reduce emissions, monitor the activities to control and check, conserve flora and fauna most of which are endemic species, respond to the emergency effectively, and look for

Arctic Council Ministerial Meeting: All You Need to Know about the Recent Big Meet