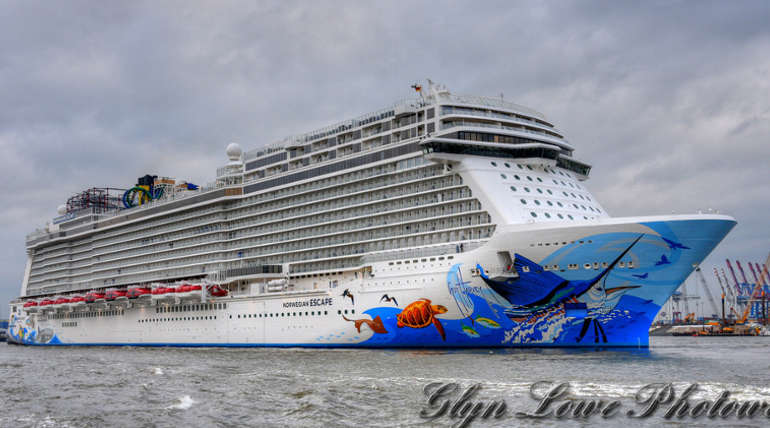 Kay Longstaff (46) has undergone some heroic incident on Saturday night after she fell from the Norwegian Star cruise ship and spent almost 10 hours in water before she was rescued by the team and brought back to the ship.

When the woman disappeared after having her fun time on the ship, people panicked and the ship drove back to find Kay immediately. The CCTV footages exactly revealed her disappearing spot and time. After a long search, she was finally found and rescued on Sunday morning around 09:40 am.

After the rescue, she was taken to a hospital in Pula, Croatia and given the needed treatment. She was in shock from that incident without any injuries due to the fall from the ship. After the treatment, she was fine and met the reporters to share her experience spending 10 hours at the middle of the sea.

The regular practice of yoga helped he survive the whole time of being in cold water wearing just denim shorts and a top, said the survivor Kay Longstaff and also added that she was singing all the time in the middle of the water to ignore coldness and stay active. This incredible story is making people go awe seeing the courage of the woman.