President Trump: Coronavirus is not only killing thousands in the US 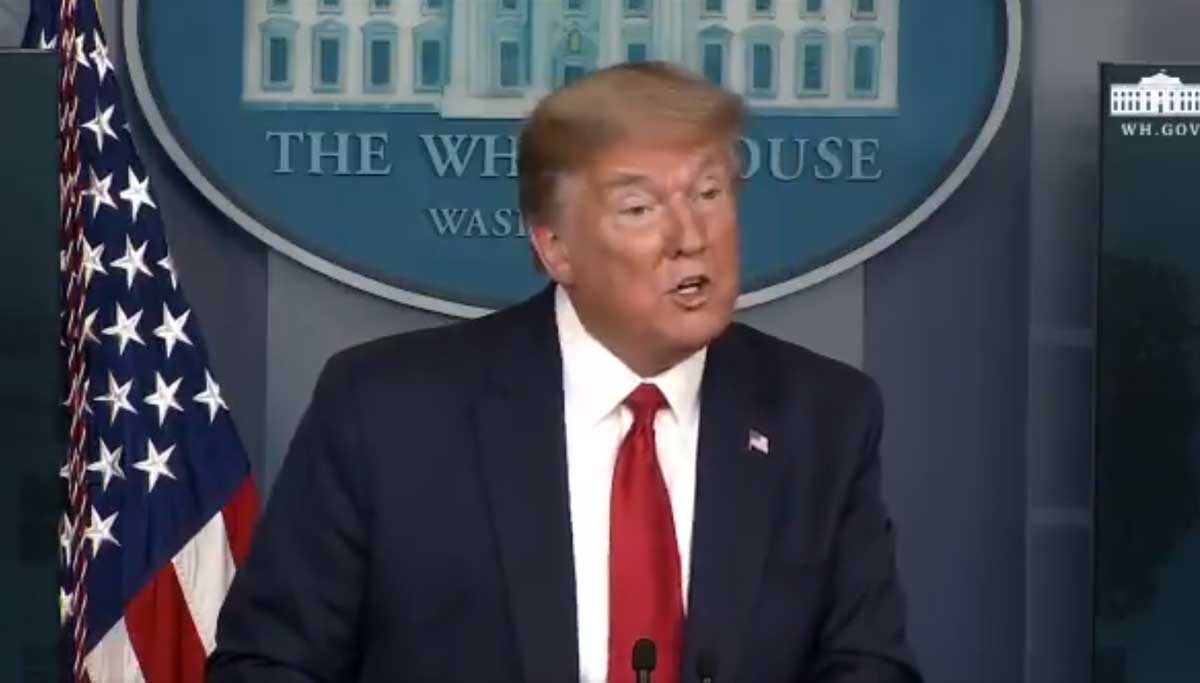 Coronavirus is not only killing thousands in the US

Coronavirus is not only killing thousands in the US, but also bringing out the real nature of people. The daily coronavirus briefing of the White House on Monday, April 13, turned ugly with the CNN and the MSNBC walking out if it midway after allegations of fake news by President Trump. On the contrary, Cue Laura of Fox News said to have thoroughly enjoyed the Monday's coronavirus task force briefing, which was great and a show of strength by the President.

It all started as a regular coronavirus briefing on Monday when Dr.Anthony S.Fauci, the top infectious specialist of the government, was introduced by the President. It was out of routine as usually only facts about the virus response will be given first. Only on Sunday, April 12, Dr. Fauci has stated to a CNN interview that if there were early starting of coronavirus prevention activities, many lives would have been saved. To that, Trump has tweeted Fire Fauci. But Dr. Fauci had started to read from a prepared defense speech on his claim was not on any specific steps by the federal government.

President Trump then lowered the lights of the briefing room in the White House and showed a video. It had several Fox News anchors playing down the coronavirus threat and many governors lauding Trump for his help to them to crush the coronavirus. But in reality, many governors are teaming up in arms against President Trump to discuss the issue of reopening the states even after Trump asserted his authority of superseding the powers of the governors.

The propaganda video did not feature many statements of the President saying that the coronavirus would quickly disappear and not to take it seriously. After the vide ended, Trump started to attack CNN as a fake news channel spreading lies on his efforts to control the coronavirus, among many other allegations in particular against it and the overall media. The CNN and MSNBC walked out of the press briefing midway. But the Fox News channel confirms a great show of strength by the President in the daily briefing on Monday.

More than 20,000 are dead and increasing like fire in the US and the infected cases nearly 600,000 now, it is time for everyone to cool of their heads and find solutions for the corona crisis than fighting against each other.

President Trump: Coronavirus is not only killing thousands in the US