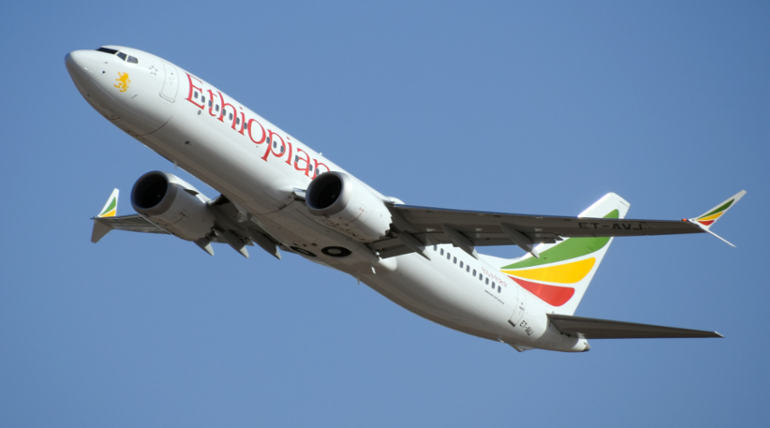 After the big flight crash of Boeing 737 MAX-8 fleet on Sunday, the Ethiopian Airlines decided to ground all their the Boeing 737 MAX-8 fleet and issued the statement on Social media. The crash killed 149 passengers and 8 crew members on board while the reason for the crash is still unknown and investigations are being carried over.

The flight crashed after it departed from the Ethiopian capital, Addis Ababa in a short while on-air. The plane was traveling from Addis Ababa to Nairobi, Kenya and killed all the passengers from various countries after the crash. It is to be noted that the same model from Lion Air flight crashed in Indonesia last year.

The Boeing 737 MAX-8 fleet has been temporarily grounded by the Ethiopian Airlines until further notice. The reason for the crash is been under investigation. The flight went down 6 minutes after taking off and killed 157 people on the flight. Also, China has recently ordered to suspend the Boeing 737 MAX-8 aircrafts now.