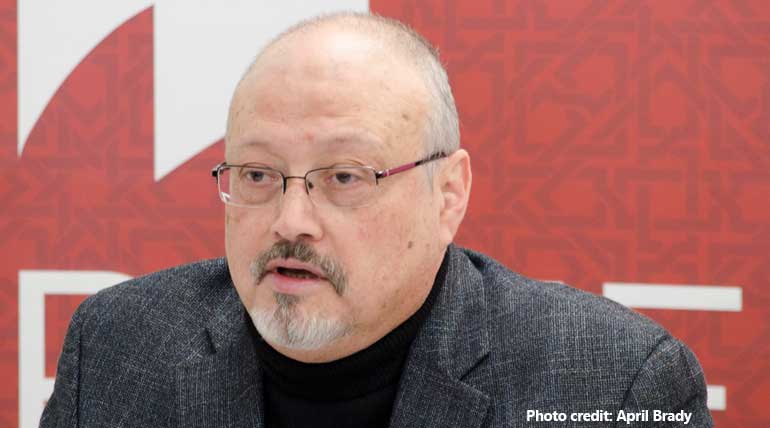 Five of Kashoggi's killers sentenced to death : The Saudi Arabian general prosecutor has today 23 December announced death sentence to five of the accused over Washington Post journalist Jamal Khashoggi's murder. Three more people have been sentenced to imprisonment for 24 years. But those close to the Saudi Prince under whom the accused take orders were left out without punishment.

Shalaan Al Shalaan, Saudi deputy general prosecutor, today spoke at a press conference. He said that the Riyadh court trial on the accused had found the murder of Khashoggi was not premeditated. The trial was conducted in ten sessions among secrecy, allowing only a few diplomats and members of Khashoggi's family. In today's tenth session, the order has been issued to sentence five to death and three to 24 years imprisonment.

One fine morning in October 2018, 59 years old Jamal Khashoggi entered into the Istanbul consulate in Turkey in broad daylight and captured in-camera also. He went inside to get papers to marry his Turkish fiancÃ©e Hatice Chengiz.  He never came outside again. His voice recording of asking what is going to happen to me was widely spread in the media.

Agnes Callamard, a UN special rapporteur, was instrumental in authoring an inquiry into Khashoggi's killing. He said on record that the Saudi Judicial system should not do the trial proceedings of the accused. The reason he said was that it is much vulnerable to political interference.

At the time of the killing in 2018, the Saudi crown prince faced much international condemnation for the murder as the Saudi agents involved in it directly worked under him.  But the Saudi kingdom denied any of his involvement or knowledge in the killing.

Also, his top advisor Saud al Qahtani was proven to be not involved in the murder. But he was sanctioned by the US for his alleged involvement in the killing. The Riyadh court has also left out the Saudi consul general in Istanbul Mohammed al Qtaibi as not guilty and is now released from prison confirm Saudi's state TV now.