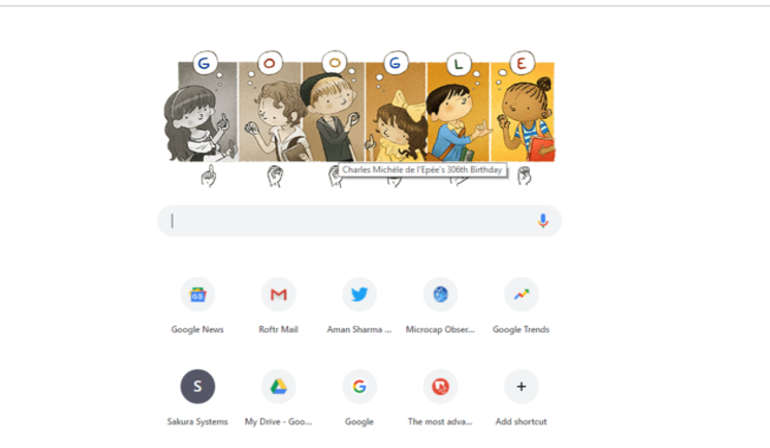 The philanthropic educator, Abbé Charles-Michel de l'Épée (born 24 November 1712, France) who has become known as the "Father of the Deaf". Epee developed a new gestural system using some of this lexicon, combined with other invented signs to represent all the verb endings, articles, prepositions, and auxiliary verbs of the French language.

Today on his 306th birthday, Google honoured him by using animated doodle on its search page. Epee born in a wealthy family and studied law before he doing charity works to impaired hearing people. He first met two young deaf sisters from a Paris Slum and they communicated him using primitive sign language. This inspired him to do charity works which change many lives of deaf people who were discriminated against.

Epee started a school entirely on his own expense, The School of De I'Epee, He said," It is not to the rich", "that I have devoted myself; it is to the poor only. Had it not been for these, I should have never attempted the education of deaf and dumb"

His ideas about the learning of deaf language as  "through the eye what other people acquire through the ear". The French National Assembly honoured him as a "Benefactor of Humanity" and dedicated the rights of deaf people under France's Declaration of the Rights of Man and of the Citizen.