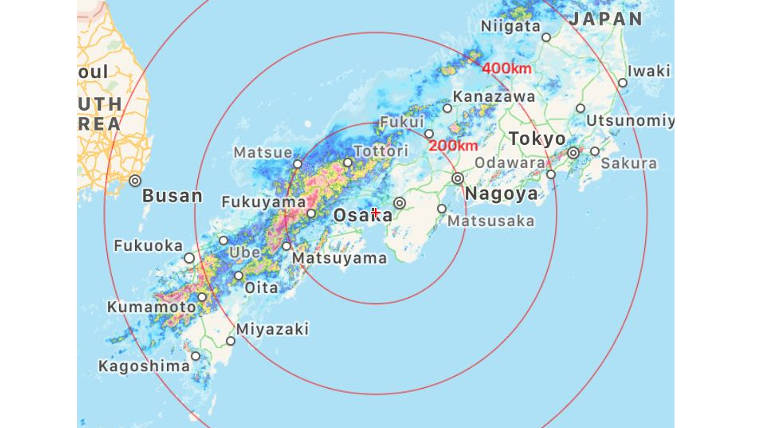 Heavy Rains In Japan Made Thousands Of People To Evacuate

Following Osaka Earthquake, Japan faces another hit by a natural disaster in the next month itself and this time it is due to Typhoon Maria with warm and humid air originating from the Pacific Ocean and leading to historic rainfall in Japan. It is considered the worst hit because it caused heavy damages to livelihood.

Western and Central Japan are the regions most affected by heavy rains as per the situation observed in the Friday morning and it subsequently caused landslides, rivers flooding and made thousands of people to evacuate from Kyoto, the old capital of Japan to safer areas of the country.

So far, two people died, one was caught in a drainage pipe and the other is an old woman who was thrown over due to high wind. Many were reported missing that includes a schoolboy and a milkman who has been swept away along with his car. Several people were injured because of landslides and rescue operations are going on to recover the buried persons.

Shikoku island is the small island where rainfall was very heavy with the record of 98 mm in Friday morning and as a whole of 900 mm rainfall in the past 4 days. Transport services like bullet trains were stopped in the rain-hit regions.

Japan Meteorological Agency (JMA) has warned the people in the rain-affected regions regarding the high winds and landslides in coming days. The typhoon would get intense further and is expected to move over Okinawa islands in the South-west of Japan by starting of next week and the torrential rain in other parts of Japan would reach up to 400 mm till the weekend.