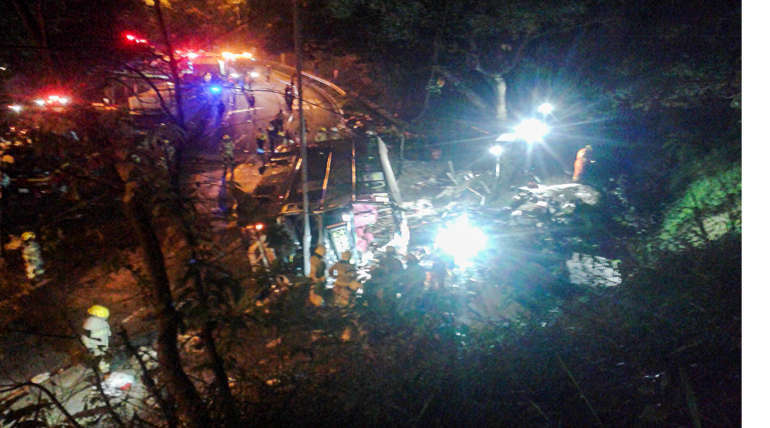 The collision, which occurred on Tsing Yi Island, crushed the back half of the taxi and tore off part of the front of the bus, according to images published by local media.

One man and two women died on the spot and two others died in the hospital, the police said. The bus is usually a "tourist coach" but it was carrying workers to the airport, local media reports. Tsing Yi Island is linked by a highway to the neighboring island of Lantau, where Hong Kong International Airport is located.