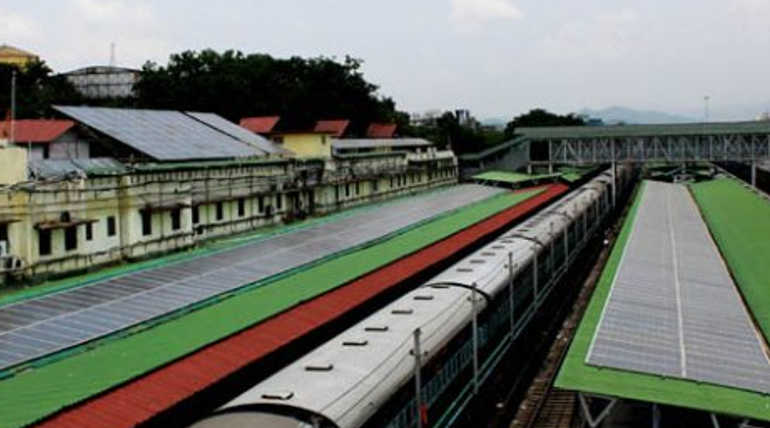 Guwahati, the capital city of Assam that standing high on mountains in the NorthEastern part of India got its first completely solar powered railway station.

The Indian railway Ministry had executed its idea of the solar railway station that officially commenced back in April 2017. the Indian Railways initially tested the solar energy compilation on a train that previously burped the diesel fuels and got succeeded in that try.

Now following the success of the solar energy train the entire roof of Guwahati station has been covered with the solar panels. That is expected to generate nearly 0.7-megawatt power throughout the year. Indian railway is one of the major electricity and diesel consumer of the country that nearly spends 4.57 billion dollars a year. Now the Ministry believes that this initial try could save the ministry nearly 99,900 dollars annually that the ministry spending on the electricity bill.

India railway Ministry had made some of its railway stations like Mangalur, Thiruvananthapuram and Jaipur railway stations as partially powered with solar energy but this time the ministry entered into a big scale over the mountains.

Last year the ministry had rolled out the rooftop solar-powered trains that made the tracks of suburban stations of New Delhi. But the train affixed solar power panels have generated enough power for all electric appliances of those six coaches.

Now the Indian railway Ministry is hoping to make at least six coaches attached with solar power panels that will save nearly 1.2 million dollars every year.