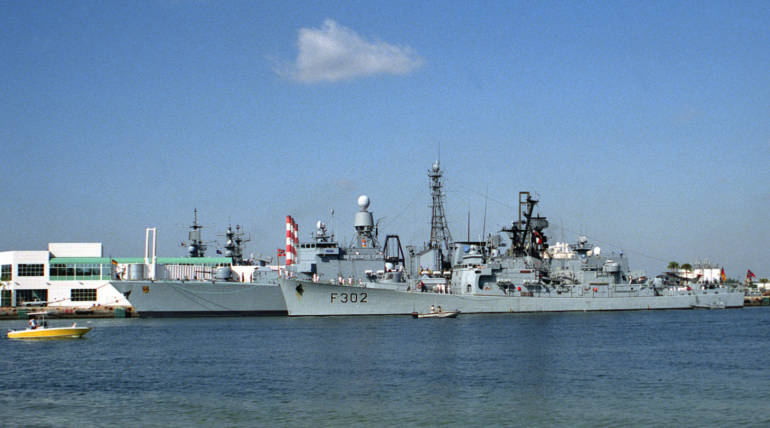 A 134-meter long Norwegian warship, built in Spain in 2009, was heavily damaged in a collision with a Maltese oil tanker in the North Sea off the coast of Norway on Thursday. A warship is a ship carrying weapons, which is used by the navy. According to media reports, the warship had been returning from Nato military exercises, carrying a crew of 137. The tanker had been loaded with crude oil and had already left Equinor's Sture oil terminal with a cargo of North Sea crude with a crew of 23, and was on its way to Britain.

The two vessels collided at about 04:00 local time as the frigate was sailing inner fjords for training, said the officials. The tanker, the Sola TS, was slightly damaged and it appears that it did not spill oil. It was in danger of sinking after sustaining heavy damage because of the collision.  The frigate was lying in the water almost on its side with its stern under the water. Earlier reports had said a towboat was also involved in the accident, but Stensoenes denied this. An unnamed official reported that a "small oil slick" had been detected from the frigate. "It took on a lot of water and there is a real danger that it sinks where it is," the official added.

Stensoenes said the cause of the accident was not clear and the Navy would wait for the findings of Norway’s Accident Investigation Board. According to reports, the 62000-ton oil tanker Sola is continuing its route from Norway to a terminal in northeast England. The Sture export oil terminal, as well as the Kollsnes gas plant and several offshore oilfields, were shut down as a precaution but resumed operation on Thursday afternoon, Equinor said in a statement.

Eight people on the KNM Helge have been treated for minor injuries, two of them were taken to a nearby hospital. "Due to the damage to the frigate, it was moved to a safe place," Nato's Allied Maritime Command added. Several reports including the ones from the head of Norway’s Navy confirmed that all 137 crew on the navy ship were evacuated amid fears the vessel would sink. The tanker returned to port for inspection. “The armed forces are now reviewing all the means available in the region to assist the KNM Helge Ingstad (the damaged warship),” Lieutenant Colonel Ivar Moen told.