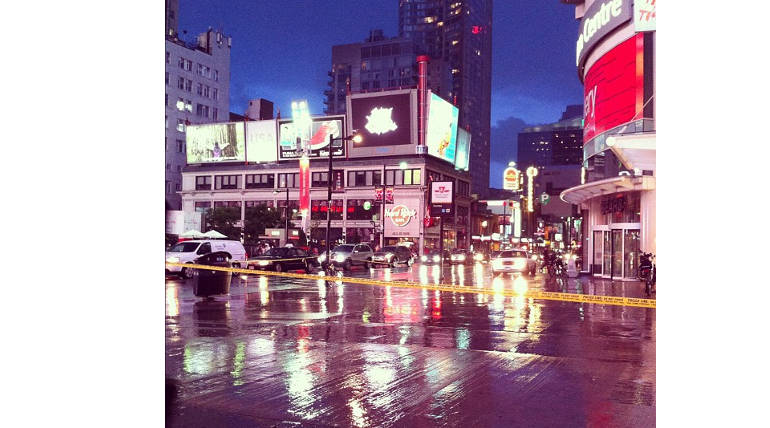 Nine People including a child has been injured in the shootout held by a single man outside a hotel at Danforth Avenue, Toronto around 10 pm. Reports suggest that a black dressed man with a gun started shooting at public and fired about 20 gunshots that made the area panic and report the police department.

The Twitter handle of Toronto Police Investigation tweeted that they arrived to spot after responding to a call reporting the shootout at 10 pm and the shooter has been shot dead by the police while investigations are going on regarding the reason behind the mass shooting. Toronto Paramedic Services are treating the critically injured patients and Police announced the witnesses to report to the nearby police station about the incident.

The Residents around Danforth started sharing the incident in social media and some videos were posted by people from the shooting spot in which continuous gun sounds were heard without the identity of the shooter. After police shot the shooter, they are investigating about the leads for the cause of the incident.