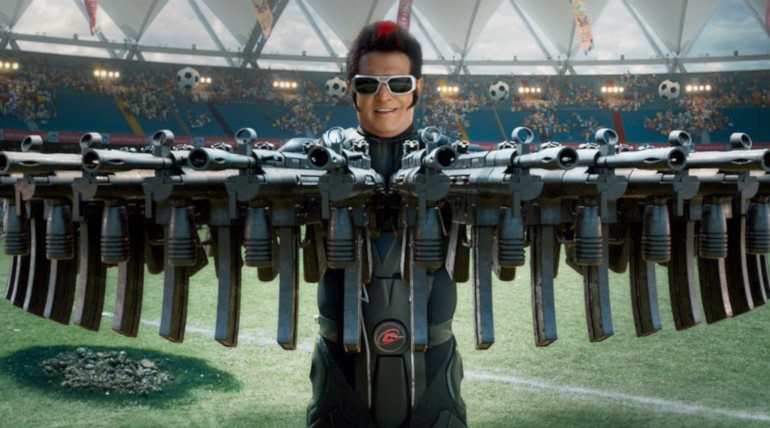 Rajinikanth and Akshay Kumar starring Robotic action sequel 2.0 had a smashing opening weekend box-office all over the world. The movie is currently the top grossing film among Tamil films and only behind Baahubali series from South-India. The film took the top spot at the worldwide box office for last weekend overtaking the Hollywood animation sequel of Wreck-It! Ralph and the fantasy sequel Fantastic Beasts 2.

According to the trade analysts it had taken record opening for a Tamil film in Australia, New Zealand, US, Singapore, and other nations. The Shankar directorial sci-fi film broke into the all-time top 5 South Indian openers at the US Box-office.

Top Opening Weekends of South-Indian Films at US Box Office

In the opening weekend, it is estimated that the movie's Hindi version gathered the net of almost 100 crores in India alone. The worldwide weekend box office collection is said to have crossed the $50 million mark for the opening weekend.

The movie stars Bollywood superstar Akshay Kumar in antagonist role and South Indian Superstar Rajinikanth as the protagonist. The film is made with the estimated budget of $75 million and landed with worldwide theatrical rights of about $50 million apart from other earnings. The film has to double up the gross from now on to make a breakeven share at the box office.