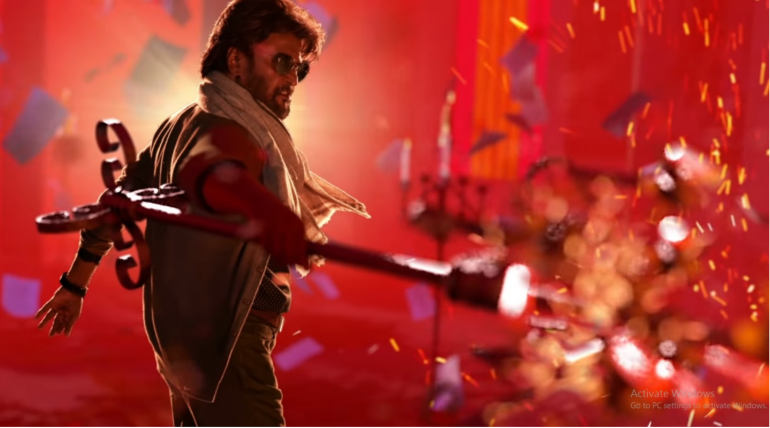 Superstar Rajinikanth's Petta is nearing its release and the theatre booking are on a full swing across the world as the ticket reservations are starting one by one. Theatres across South India started confirming after signing the film and is staring the ticket reservations from today. Cauvery Theatre of Bangalore started bookings as the first screen in Bangalore.

The movie is releasing on January 10 and the first day tickets will be the main demand for the fans and audience. The 4 am FDFS show of Cauvery theatre got sold out in minutes after it was opened on Friday Night. The theatre allotted 4 Shows for Petta on the first day including the early morning show and 2 shows for Thala film Viswasam releasing on the same. 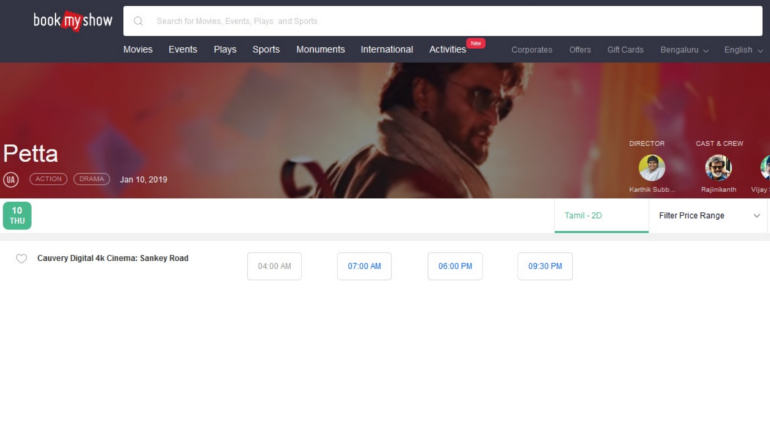 Karnataka will be the next big clashing market for both the films after Tamil Nadu as both the stars share a huge fan base in the state. Petta and Viswasam are crucial in getting more screens and showtimes as the festival window is big to be utilized for maximum revenue.

More bookings are yet to be started in the coming days and due to the share of screens across venues, it will be a tough task for getting tickets for any films. Single screens are the talk of the moment to finalize any one film or the priority for early morning show if releasing both the films. Click here to book tickets for Petta in Cauvery which has 7 am show available and also for other theatres in the city which is soon to start bookings.