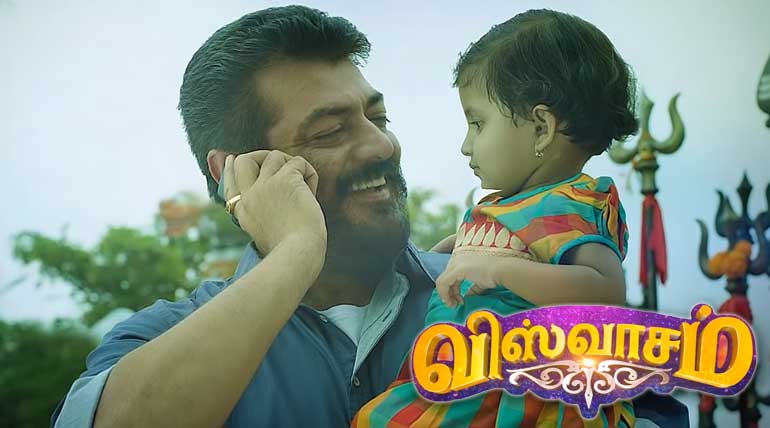 The initial theater list of the Pongal biggie Viswasam in Salem is out now and the Ajith film shows an upper hand with more main screens in the area. Salem is a kind of fort for Thala Ajith after Coimbatore as he has a major fan following out there. Fans show tickets already started circulating for the FDFS shows while the online bookings are expected to open any time soon after the weekend.

Theaters which confirmed screening Viswasam so far are Rajasabari,Sangeeth Complex, Geethalaya, Rajeshwari, Kailash Prakash, Keerthana Ramana, and ARRS Multiplex. The 5-screen plex ARRS is screening Viswasam in four of their screens that shows complete domination of Thala film for Pongal in Salem area.

Rest screens are yet to confirm and the final screen count in the area is expected to be finalized by Monday and the bookings might start opening one by one from Sunday. The full-fledged booking will open by Monday for both the films and fans have already occupied the early morning shows in major Theaters through fan clubs.

Check the screen details and the class breakup of each theater in the below tweet and stay connected with us to get hot updates about the booking status and screen count of Petta and Viswasam in various regions.