Captain Marvel New Trailer is Here: The Beaten Grandma is Naughty After all 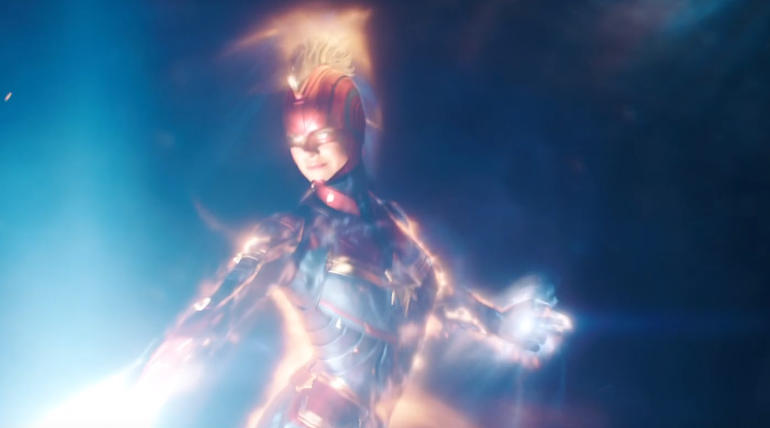 Marvel's up next film Captain Marvel is very much looked forward to the emerging of a new superhero in the Marvel Cinematic Universe. While the first trailer received mixed responses with appreciations and trolls on the net, the new trailer 2 is stunning and Carol Danvers looks like a fire with mystery throughout the glimpse.

The trailer was filled with action pieces and it started with the extended visual of much talked about grandma slap from the first trailer. The poor grandma is known to be naughty from this new trailer as she rotates and kicks lady Cap in the train. Brie Larson and Samuel Jackson with a voice over about the making of superheroine makes it a must watch experience.

The fall and rise of Carol Danvers and her dialogue saying "Something from my past is the key to all of this" geared up the curiosity for the film. Marvel's first woman lead superhero film is expected to be the savior of the upcoming biggest Avengers film. After Thanos swallowing half the world the end credits scene of the film will definitely connect with the Captain Marvel's end credit scene and that can be sensed now itself.

Directed by  Anna Boden and Ryan Fleck the film also stars Jude Law, Gemma Chan, Djimon Hounsou, and an ensemble star cast. The release date of the film is set as March 8, 2019, which is a couple of months before the Avengers 4 release.

Captain Marvel New Trailer is Here: The Beaten Grandma is Naughty After all