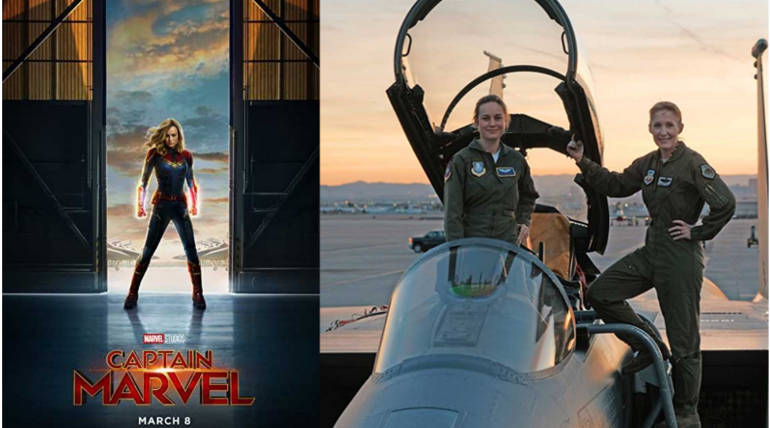 Captain Marvel Arrives in Style: MCU’s next big movie Trailer is a stunner

Marvel’s next big thing after the Infinity War is Captain Marvel which marks the first female lead superhero film in Marvel Universe. The trailer was a surprise release and gained a maximum attention and curiosity among the audience with a rise of new avenger for the universe. Brie Larson plays the role of Carol Danvers aka Captain Marvel.

The trailer started with Carol falling off from a flying Jet into a store and then followed by the voice-over of Nick Fury played by Samuel Jackson in a young look without his trademark eye patch revealing that it’ll show the things happened before the formation of S.H.I.E.L.D during which he was a low-level bureaucrat. Jude law was also seen in the trailer as the mentor of Carol and the commander of Star Force in which Carol is being part of and she is seen searching for something that lost in her mind from her past.

Captain Marvel first trailer undoubtedly surprised everyone being a new superhero launching film, the film already got a wide attention after the end of Avengers Infinity War post-credits scene. The device seen in that scene is also seen in the trailer with Nick Fury, the elements and action glimpse are sure to please a worldwide attention for the film guaranteeing a monstrous opening already. The film is directed by the Anna Boden and Ryan Fleck combo and releasing on March 8, 2019, globally.