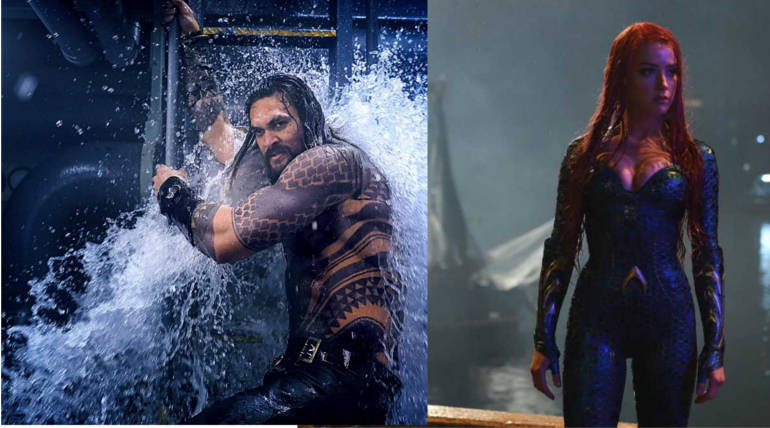 The next big film of DC Universe is the â€˜Aquamanâ€™ which is carrying a huge expectation for the DC franchise which is suffering from continuous disappointments off-late except the Wonder Woman appealing both critically with a box-office success too. DC Entertainment is looking forward to seeing the reception of the film having huge confidence in the film directed by James Wan.

According to the reports from the early screenings shown to a selected audience to know the reactions, the movie seems to have got a thumbs up sign. Though the reports werenâ€™t from the people who attended the screenings, the sources seem to be in the circle of those who watched and were posting their reactions on the film in Twitter whose tweets are shown at the bottom of this article.

Most of the opinion about the film conveyed a positive opinion and referred it as a good film, compared similar to the phase 1 of MCU films, which is a good thing to hear. The trailer of the film has already thrown some interest among the audience for the film with James Wan handling a superhero film for the first time with a different approach. The movie stars Pau Norris, Jason Momoa, Nicole Kidman and Amber Head in lead roles.

The DC Comics are yet to raise their level with a series of promise films lined-up at the end of 2018 and throughout 2019 which are Aquaman, Shazam, Wonder Woman 1984 and the possible reboot of Green Lantern which is said to be under initial discussions. After the failure of the Batman vs Superman and Justice League which were the most relied films for DC, now this is the next attempt at projecting their franchise to a new level.

The Aquaman is said to be released on December 21 worldwide, but the recent change of release chartings in Australia suggest that the film is set to release a week earlier by December 13 while it is already confirmed to release on December 14 in the UK. US release date was announced as December 21, but the recent trends reveal that the release dates might be shifting by a week earlier by Warner Bros and DC Entertainment.

I hear it's good (not great) and that's all we can hope for in the end. I'll take it. pic.twitter.com/abrW3fEOgr

#Aquaman is a phase 1 MCU film through and through, so if you liked those youï¿½ll love it, if you didnï¿½t you probably wonï¿½t get much enjoyment out of Aquaman pic.twitter.com/ydH7XT1GK4