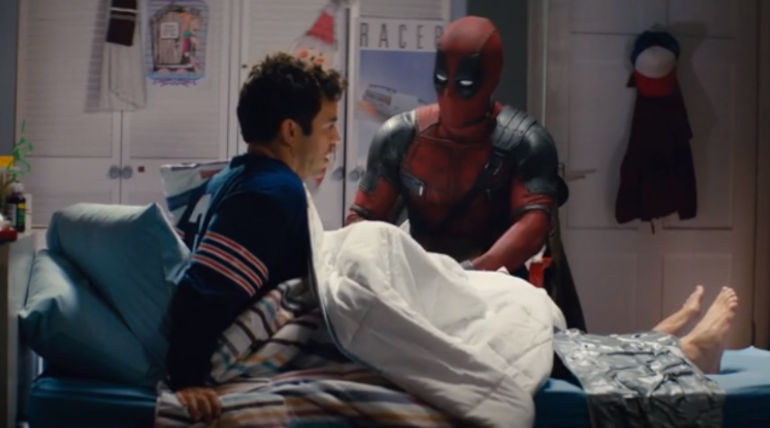 Once Upon a Deadpool Teaser

The recent news which spread like a wildfire in social media is the PG-13 version story of Deadpool 2 film being plagiarised from a tweet made by a writer last year. The writer shared his message through his tweet consisting of the screenshot of his Facebook post and Tweet and said that the idea that he said before a year is made in this film without his knowledge.

The kidnap of actor Fred Savage from The Princess Bride is the idea suggested by the Twitter user and after seeing the trailer of the film it is clear about the similar plot being used. Bramley (the one who tweeted a year back) tweeted about the incident recently which made sensation across the media.

Now actor Ryan Reynolds has invited Bramley and talked to him which he confirmed in his latest tweets. He said that Ryan and he met up and that he was in the same reaction as Bramley was, seeing the trailer. It was a mere coincidence said the actor, that he revealed through a series of tweets.

Though this looks hard to believe, as the writer itself opened up about this, the issue has come to an end and media houses can sit back for some time. Also, posting an idea in social media is open to everyone and its' usage over something cannot be blamed at any means. Once upon a Deadpool is releasing for the Christmas weekend and Bramley himself was happy about the Charity works by the film.