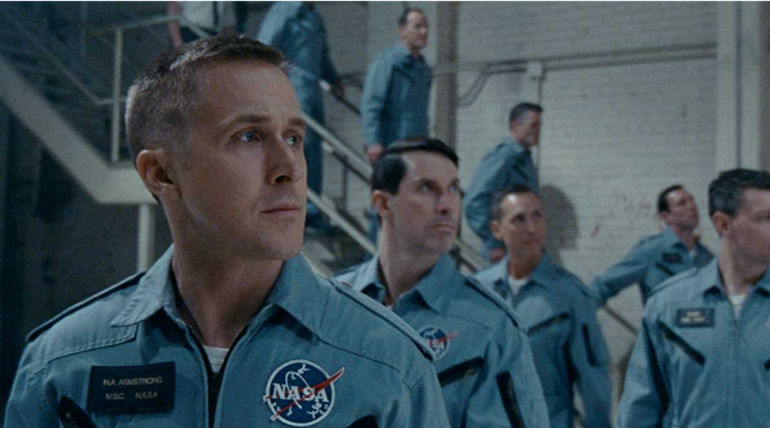 ‘First Man’ is not an anti-American Film: Armstrong Sons and Director explains the absence of Flag Planting , Pic Source - IMDB

After all the allegations and negative comments spread about the film ‘First Man’ regarding the absence of flag planting scene on the moon. The issue broke the internet after the screenings in Venice Film Festival which garnered huge positive reviews from the critics. While the movie is yet to have its theatrical release, the actor Ryan Gosling, director of the film Daniel Chazelle and the sons of Neil Armstrong explained responded for the comments with their explanation.

The sons of Neil Armstrong, Mark Armstrong and Eric Armstrong issued a statement to support the film by saying that it is not an anti-American film and it focused on the strong life worthy efforts of the mission and personal issues faced by Armstrong to accomplish the historical mission and asked the audience to watch the film and decide it by themselves more than just taking their words granted.

The maker of the film Daniel Chazelle reacted to the outpour of comments with his explanation. He started by saying that he showed the American Flag standing on the Lunar surface, but the planting process is one among the several processes that he didn’t focus to take in the film, this is not a political statement and the man focus of the film is to show the unseen efforts of the mission to moon by America and the personal story of Armstrong, said the director.

He also added that the feat was beyond imagination and mankind’s giant leap accomplished not only in American history but in the Human history, the unflinching heroic moment is what we should understand by humanizing the icon.