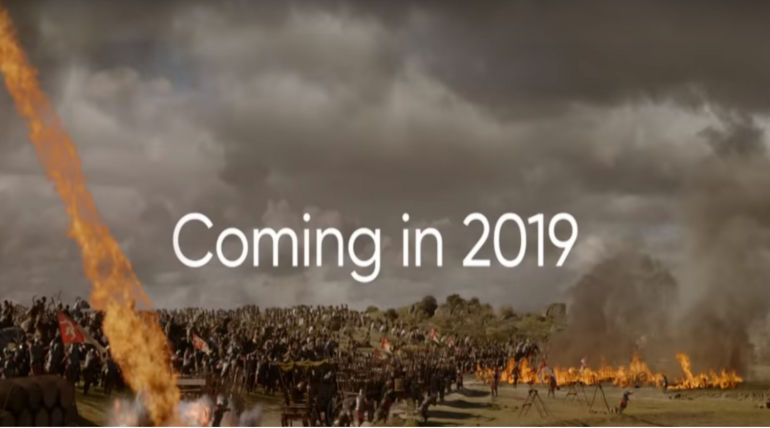 A year has passed since the release of the last season of Game of Thrones and fans are eagerly waiting at the edge of seats to see the final season of GOT. The Fantasy series has worldwide fans with seven seasons released, the reception for the series is humongous and considered as most sought after series in the world.

On Sunday, HBO channel has shown some surprise glimpse of the final season of Game of Thrones along with visuals of other series as a promotional video. The fans are excited seeing the roughly cut teaser of a mixture of series including Big Little Lies, True Detective, Game of Thrones. The visuals of GOT shown Jon Snow and Sansa Stark and mixed with some older seasons.

The final season of the series has already raised the expectations after the last season ended on a high note, while the cast member Nathalie Emmanuel said in the Comic-Con Festival that the final season will be more emotional and the best out of all seasons. It will be a heartbreaking farewell for the fans and also the actors of GOT.

The HBO are in talks about a new series which is planned to be a spinoff of Game of Thrones that is set to take place about thousand years before the ‘chronicles the world's descent from the Golden Age of Heroes into its darkest hour’ and GOT which could satisfy the fans after the end sensational series.