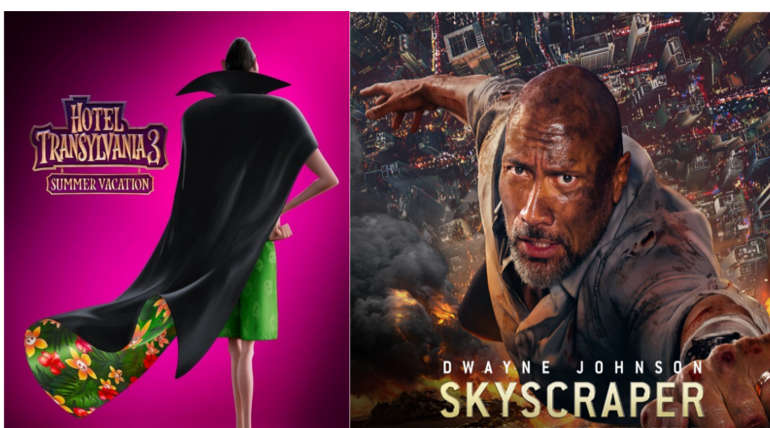 Hollywood is seeing a dream box-office run in recent period with Avengers Infinity war which dominated international markets followed by the super funny Incredibles 2 that has got a huge response all over the world along with the recently released Ant-man and the Wasp. This trend is about to continue in coming weeks too.

The recent notable clash of Hollywood is Hotel Transylvania 3 vs Skyscraper which is already making huge figures at US and International box office is about to release in all International markets including China, India, the UK on July 20 to enthral the audience. The movies are already competing in markets like Iceland, Colombia, Norway, South Africa etc.

Hotel Transylvania 3 is an animated Comedy film directed by Genndy Tartakovsky and Skyscraper is an action film in which Dwayne Johnson plays as a former FBI agent. The film is directed by Rawson Marshall Thurber.

These films are sure to dominate the upcoming days until the entry of Ethan Hunt on July 27 which is ready to take over the box-office by storm except in China, which is looking for a later release date owing to the July blackout.