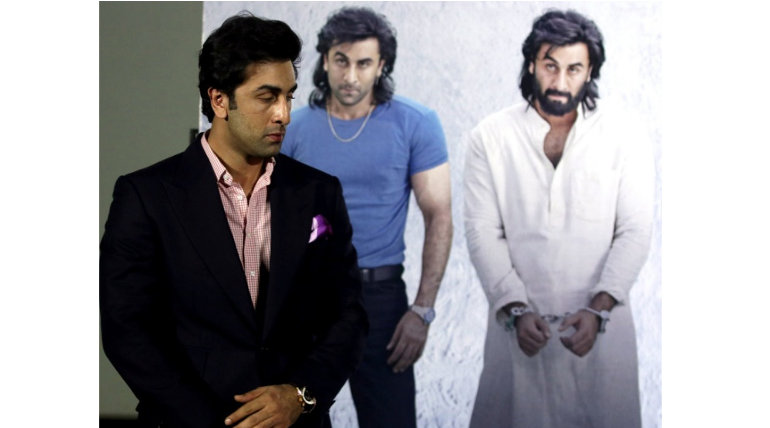 Controversial Indian actor Sanjay Dutt's biopic film directed by Rajkumar Hirani is making havoc at the Domestic and International Boxoffice. The Film is doing Extraordinary business in the US Boxoffice by maintaining steady collections from the day it got released and its been 3 weeks since the movie released and the movie shows no signs of slowing down at the box office.

Sanju movie grossed over 7 million dollars until its third weekend of theatrical run. The movie has recently joined the 300 crore club in the domestic box office and has reportedly grossed more than 500 crore rupees globally.Rajkumar Hirani films always have a huge market among overseas and US audience, but this is his first film without Aamir Khan that is showing giant figures at International Boxoffice. The movie is currently behind Dhoom 3 in the USA at the 8th place and by seeing the upward trend of Sanju it is sure to settle at the top 5 grossing Indian films in the US. Currently Baahubali: The Conclusion is the highest grossed Indian film in the US box-office. Ranbir Kapoor plays the title role as Sanjay Dutt went through a lot of hard work that includes physical transformation and also has performed his best to portray Sanjay Dutt onscreen. The movie stars Sonam Kapor, Paresh Rawal, Manisha Koirala, Vicky kowshal playing extensive roles and the movie is being appreciated for the realistic performances of the cast and the engaging screenplay of Rajkumar Hirani.