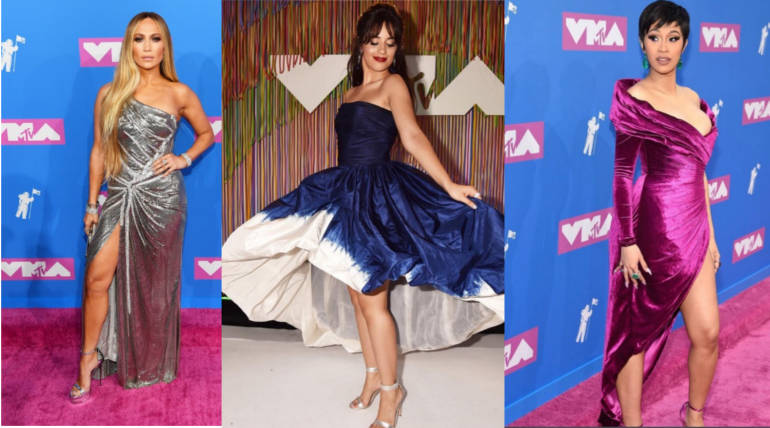 The MTV Video Music Awards held on Monday night had burning hot performances from the singers and dancers on stage. Apart from onstage performances, the red carpet was too impressed with the pop singer ladies igniting with their glamorous looks and stylish outfits.

The awards night was outrageously electrifying and the people’s favourite and the best music videos won various awards. Along with Lopez and Cardi more other celebs impressed with their looks on Red Carpet and performances onstage.

The most awaited Song of the Summer was won by the Cardi B and team for the song “I Like It” and the video of the year was grabbed by the stylish diva of the night Camila Cabello for the famous “Havana” album ft Young Thug. She also bagged the Artist of the Year award beating Adriana Grande, Cardi B in the nominations.

The Best Collaboration went to the red carpet beauties, Jennifer Lopez and Cardi B again for the song “Dinero” ft DJ Khaled. And the star singer Adriana Grande won the Best Pop for her “No Tears Left to Cry”. The MTV shared the best moments of the show in a 90-second clipping through Twitter.

In case you missed the EPIC night that was the 2018 @MTV #VMAs, or you just HAVE to see it again, here’s your 90 second wrap up of the best show moments! ??? pic.twitter.com/cPOSRX2uOh