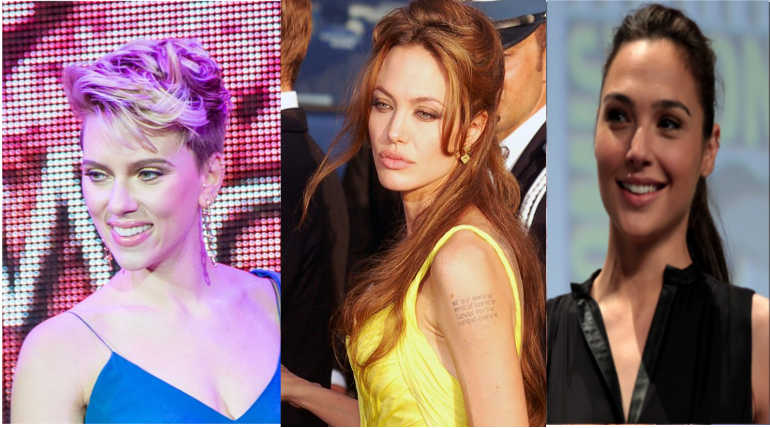 Scarlett Johansson tops the list of Highest-paid actress in 2018 after getting her highest pay in the Avengers: Infinity War. Although her role in the film is small, the brand is big for the Marvels. While last year she didnâ€™t even get a spot in top 10 list of Forbes top paid actresses, now Scarlett secured the No:1 spot with an earning of huge $40.5 million.

Angelina Jolie comes next as the second most paid actress with $28 million with a big paycheck for her upcoming film Maleficent 2 that made her back to the list, followed by Jennifer Aniston and Jenifer Lawrence who are regularities of this list with around $19 million for both the actress.

Pretty lady Gal Gadot entered the top 10 with $10 million earning dominated by the Wonder Woman 84 film which is the biggest franchise for her. Melissa McCarthy dropped some spots to make it to the 9th place while Actresses like Julia Roberts, Mila Kunis made it to the list and Emma stone who topped last year didnâ€™t make it to the list. Click here to See the Forbes Top 10 Paid Actors list 2018.