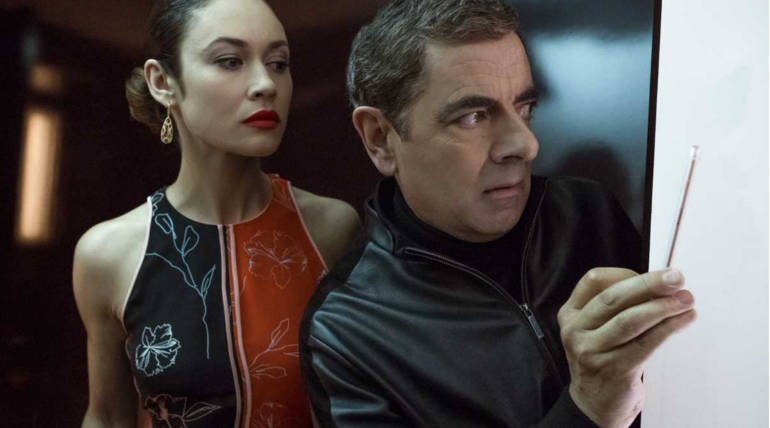 The premiere shows of the satirical spy film Johnny English which is yet to have its theatrical release next week on September 28 happened yesterday and the critics with the limited audience were invited for the screenings. Did Rowan Atkinson as Johnny induce laughter in this spoofy spy drama? Read out to know the reports from critics about the film.

The sequel is releasing after a  7-year gap from the previous film and it is been 15 years since the first film of the franchise released and entertained everyone with a hilarious physical comedy of Rowan Atkinson playing a serious spy agent in a funny way with an innocent and curiously induced satire. While the second part itself fell short from the first film, the third movie didn’t seem to have made the impression and falls flat as a satire film with minor laugh worthy scenes then and there.

As already said about the story of the film seeing the trailer, the movie hasn’t stood up to the expectations on the franchise. When an actress like Emma Thompson is under-utilised in a film, it is evident that the characterisations aren’t well built in the film that is to be concentrated even though it is a sequel. The high technology introduced to agent Johnny who is the retired agent and his way of handling the equips are one of few good moments in the film.

Rowan Atkinson is known for his onscreen comedy without a dialogue and entertaining everyone with just his body language. Here, the story doesn’t make him feel comfortable with the story as it didn’t offer any sequences to perform at a potential that the actor has. Take his globally famous comic character Mr Bean, the silent comical fun that he gives in the film was outstandingly done and that kind of strong base is missing in this loosely made sequel.

Overall, the film does have some moments like the treadmill scene, Johnny wearing the VR gadget and the way he handles the situations are some of the few moments to mention. Though it is guaranteed to get a good reception from the worldwide audience, rest depends upon the way it connects with audience and Rowan is the only factor who can help to engage the audience somewhat. Based on various reviews, the movie got an average of two stars out of five and got 33% on Rotten Tomatoes so far.