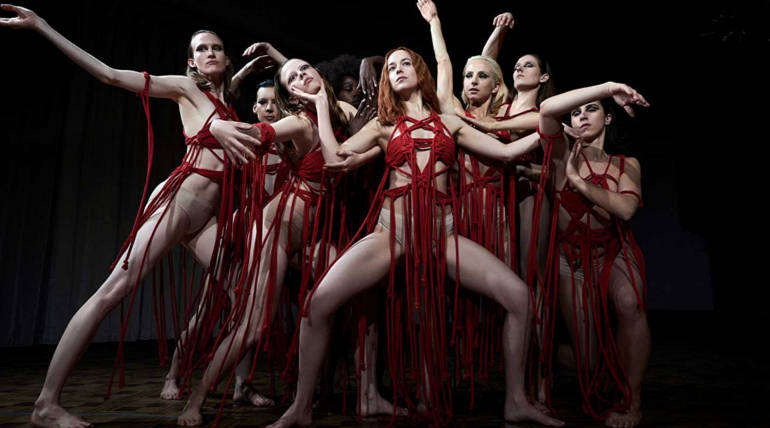 The 75th Venice Film Festival is going at a good pace with continuous movie screenings back to back by entertaining the viewers. Most of the upcoming films have got thumbs up from the critics so far while the dark horse of the year is about to arrive, as the supernatural horror film Suspiria terrified the audience in the screening.

The first press show of the film got huge applauses, walkouts, terrifying reactions during the first screening. The movie is said to be one of the most shaking films of the recent time and will be among the best films of 2018. Going by the social media reports about the film, it seems to raise as a sensation among the horror audience with its gory mood.

Actress Dakota Johnson is said to have delivered a glorious performance as Susie Bannion, while the movie is also praised for the multiple layers, splendid visual experience and the dance performances that looked interpretive and mind-blowing as per the reports from the critics. Most of the reviews stated that it came to a surprise that the film which is not expected much gave such a fantastic horror experience and amazed everyone.

The Suspiria is a remake of the 1977 Italian film of same name and the movie already got 90% rating in the Rotten Tomatoes giving the approval for a scintillating Horror experience. The movie is directed by Luca Guadagnino releasing on November 2 worldwide and the US audience will have an early limited release by October 26.

With overwhelming reports, the movie is expected to take a huge opening for a non-franchise horror film. Some of the reviews and reactions of the viewers from social media who saw the film in Venice Film Festival is displayed below while most of them were excited about the dreaded mood and making of the film.

What better way to start your saturday morning than with a primal, disturbing, body-dysmorphic, mind-fuck Film from Luca Guadignio? ?#Suspiria will easily be the most divisive film at #Venezia75 - it’s 2018’s mother!
And you won’t look at interpretive dance the same way again?

OMFG, you guys. OMFG. You have no idea how much this is going to fuck you all up forever. ??

#Venezia75 #Suspiria Brilliant! Not even remotely a remake, this is a radical reframing. Guadagnino grounds the abstractionism of the original in a post-war modern crucible. Last act orgasmic and Dakota has never been so glorious.