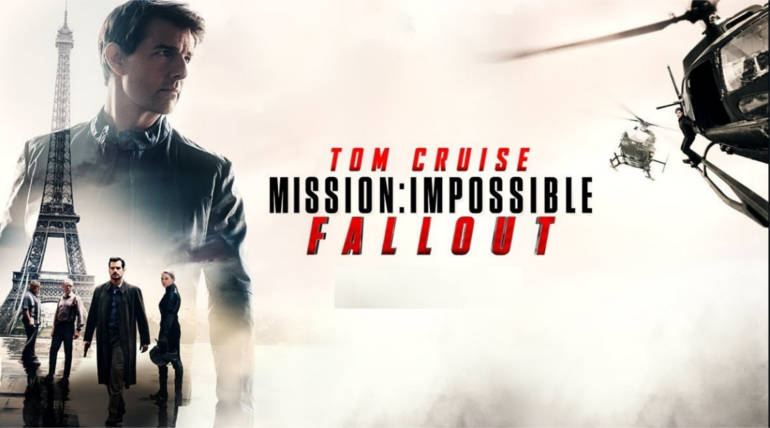 Ethan Hunt is ready to thrill the audience with one of the biggest franchise of Hollywood, Mission Impossible which achieved 100% success rate with all the previous parts and also got a huge fan following all over the world. Apart from North America, the MI series has a huge market in regions like the UK, China, India etc.

It all started with the 1st part released in 1996 which went on to become a blockbuster film, that made the idea of making Mission Impossible franchise. The previous part of the franchise Rogue Nation garnered a huge success in the Overseas market which earned nearly 70% of Worldwide revenue for the film. MI: Ghost Protocol (4th part) is the highest grossing Mission Impossible film and it is Tom Cruise's career-best till date.

Each part Ethan Hunt takes charge of highly dangerous missions and is seen performing some breath-taking stunts in the film which is done by Tom Cruise himself. The making videos show the hardwork put on by the actor for each scenes to make sure it looks realistic. Each film of the series is noted for some specific sequences that looks spell-binding with Tom Cruise handling dangerous stunts with ease, like the scene in which Tom Cruise hangs upside down to extract information from a secured server in the first part, In MI 2 the scene in which Ethan climbs a mountain with no safety harness, and the underwater sequence in Ghost Protocol. Tom Cruise took a bigger risk in Rogue Nation by hanging at the side of a flying plane for a scene.

The Trailer of the upcoming film Fall out promises to deliver some scintillating action blocks along with the Superman actor Henry Cavill playing as a baddie and the movie also stars Ving Rhames and Simon Pegg who were seen in previous parts. The film is directed by Christopher McQuarrie who directed the previous part Rogue Nation.

The first World Premieres of the film held in the UK is attended by various personalities and according to reports, the movie is said to be a perfect action feast for summer and one of greatest action packed sequel of recent times. Mission Impossible Fallout is ready to hit the screens on 27 July 2018 allover the world and is expected to the break existing opening records with a huge buzz surrounded for the film.