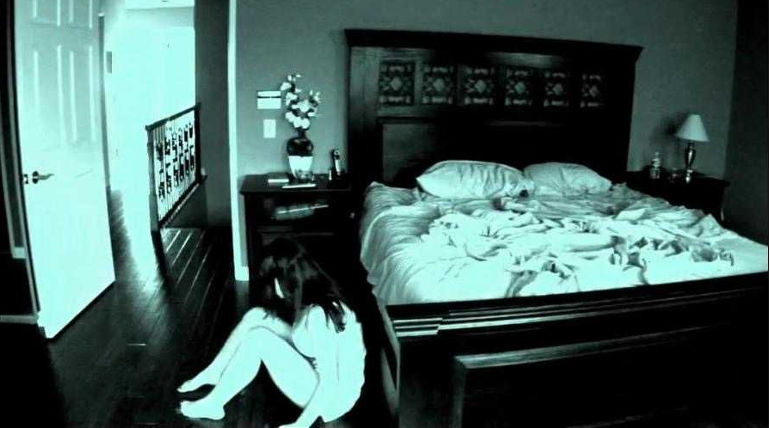 Horror movies are always a chilling experience among the audience and when it comes to the movies which are made with real footage, it is more nerve breaking for horror fans. It always finds a special spot among horror fans and here we reveal the favorite films of such genre as per the results from IMDB poll for Scariest Real Footage Horror of all-time.

Three film students when traveling into a Maryland forest to shoot a documentary about the local Blair Witch legend, they got vanished without a trace leaving behind their shot footage.

Five friends explore into the streets of New York for a rescue mission during a monster attack that haunts the city and the film has the exact length of Tape recorded by them with bits and pieces of DV tape.

After the lead couple move into a suburban home, they become disturbed by the demonic presence in their home especially in nights that they recorded all the nights, made as a successful franchise.

Two guys who are a television reporter and a cameraman enter a dark apartment to follow the follow emergency workers and are locked inside a room with something terrifying which the cameraman record all through the incident looking freaking enough.

Writer Ellison Oswalt moves into a haunted house for his research to write a book which his family doesn't know. There he finds some footage that happened in that house earlier and later he along with his family starts feeling evilish events in the home. 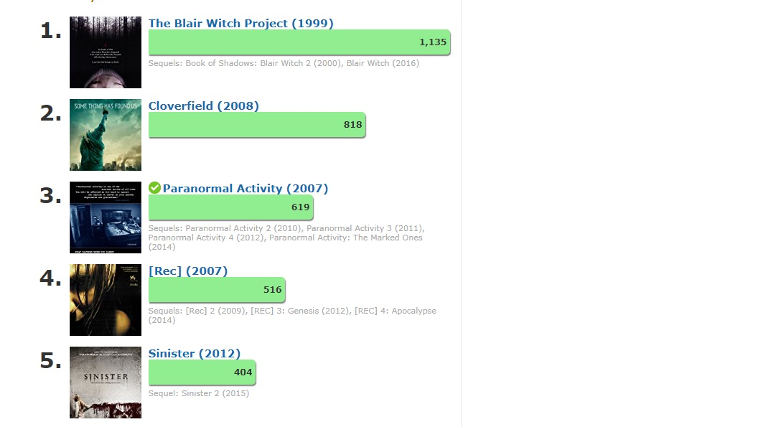 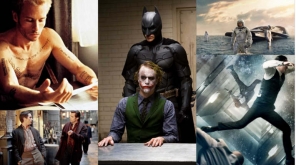 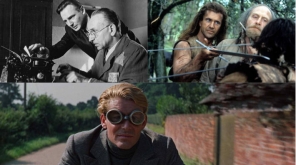