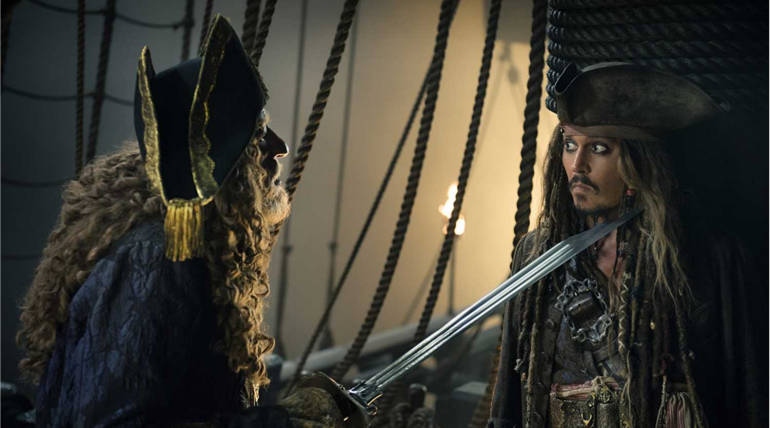 Plans for Pirates of the Caribbean Reboot with Deadpool Writers Heated up by Disney , Image Source - IMDB

The Worldwide Sensational Fantasy franchise of Disney, The Pirates of Caribbean is been under talks to make a reboot and nothing has been finalised regarding this news. The five parts released earlier proves the market of the film while the overseas share for the films so far has been phenomenal. The comical character Jack Sparrow played by Johnny Depp is one main crowd pulling factor of the film.

The reboot is been under discussion for the past few months and according to the latest reports, Disney recently met and talked with the writers of Deadpool films, Rhett Reese & Paul Wernick. The writers for the upcoming film were yet to be zeroed and this meeting might be a clue for finding out the possible writing team of the most expected reboot.

Though Johnny Depp isn’t confirmed to be a part of this upcoming film, his absence would be a great loss for the film if made a decision. The last part of the franchise got an underwhelming reception of $170 million over the North American region but garnered more than $600 million in the international markets. The franchise has made total revenue of $4.5 billion with its five parts and the overseas earning is double that of the domestic collections.