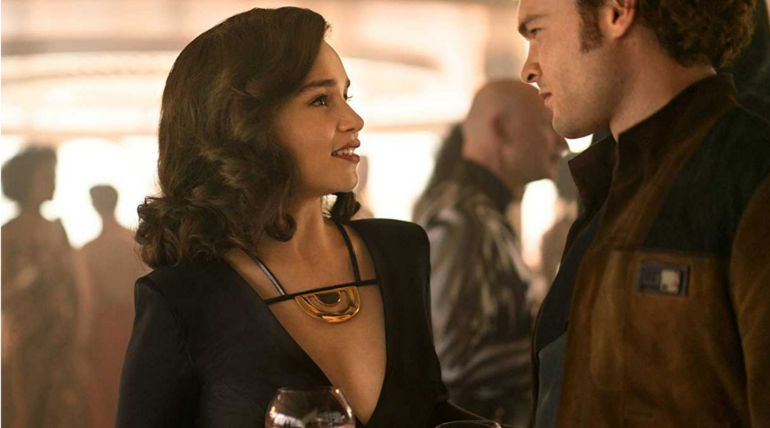 The home video of Solo: A Star Wars story has released finally and the version consists of deleted scenes of the film that includes the stars Han and Qi'ra's in an escape scene from the from the hounds of a danger.

The deleted scene shows the attempt of Han and Qi'ra escaping from the custody of Moloch and the Corellian while they share a romantic moment amidst of the action sequence. Including this sequence, a lot of other cutscenes are available in the digital version of the film.

Solo: A Star Wars Story is a spin-off film from the Star Wars universe, though it didn’t make the expected numbers at the box office falling short of the expectations without making any impression. It opened a lot of doors for the upcoming Star War films by developing a story based on the Star War characters.

The co-writer of the film, Jonathan Kasdan said in an interview that he did not expect the film to do such dull impression among the audience and all of those associated with the project were expecting big in the box office.