A 17-year old Texas teen, Jared Shamburger getting inspired by his father and brother who are actually body-builders who usually lift heavy-weights in a gym, started working out in the gym. They  Last week, he decided to work out with heavy weights for one and half hours continuously.

Jared could not move his arms which were swollen and he felt hurt on touching. His mother has searched his son's symptoms i.e., muscle pain, swelling, weakness in online and identified it as a deadly blood disease that is found in Amazon rainforest areas. The symptoms also include vomiting, irregular heartbeat, urine colour change to tea colour etc.  So, she called a paediatrician fearing that he would be suffering from rhabdomyolysis and it has gone right as she feared.

Rhabdomyolysis also known as Rhabdo is related to a muscular injury that commonly occurs due to accident or violence. It is called as deadly in extreme cases because it induces the protein release into the blood and also affects the kidneys. Also, various ions and enzymes released from the weak muscles could interfere the heart function and also lead to reduced levels of Calcium but Rhabdo is curable on proper treatment at right time.

Jared has been hospitalized for 5 days and is definitely lucky to have the treatment at the right time because his parents were meant to go to nearby town. Still, Jared has the determination to build his body like his father and brother after recovery although his mom opposed. This is a lesson or warning for all of those who work out in gym hard without guidance. 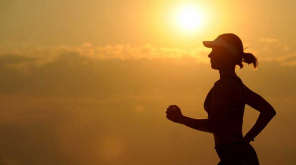