First Ever Ebola Vaccine Gets Approved by WHO 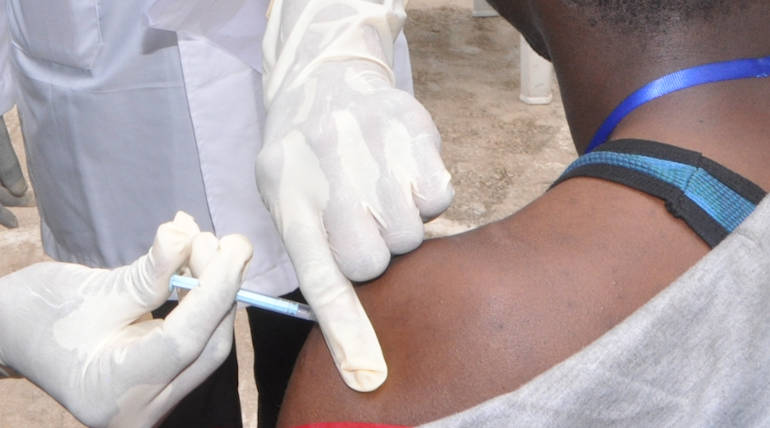 First Ebola Vaccine Gets Approved by WHO

First-ever Ebola Vaccine gets pre-qualification from WHO.

"rVSV-ZEBOV-GP" is the Ebola Vaccine, which is now named "Ervebo," which has been pre-qualified by the WHO on November 10, 2019. The vaccine is getting ready to drop in African Countries where the WHO considers another outbreak that could result in the highest mortality.

The vaccine, Ervebo, is currently used for treating Ebola infections in the Democratic Republic of Cango for the past few months. Under a scheme, "compassionate use," this vaccine is being injected to the people DR Cango Without any licensing protocols of WHO.

Last month, on October 18, 2019, the European Medicines Agency recommended the WHO to pre-qualify this vaccine by stating its effectiveness. The vaccine, rVSV-ZEBOV-GP (Ervebo), was used to treat more than 2,36,000 people in Cango during the current outbreak. A US lab Merck's Sharpe and Dohme (MSD), prepared the medicine under the compassionate use policy.

Source from the outbreak zone, states that the Ervebo vaccine is 97.5% effective against the Zaire ebolavirus species, which is one among the four Ebola virus species. Since the 2014-2016 Ebola outbreak in West Africa, finding a vaccine become the topmost priority of the European Commission. The current outbreak in DRC is the Seventh.

Tedros Adhanom Ghebreyesus, Director-General of WHO, said in a statement that the pre-qualification of Ervebo Vaccine is a historic step. As this pre-qualification process is the fastest ever process done by the WHO, this vaccine is believed to be a life-saver for those who are in the outbreak risk zone.

WHO's Director-General also said that they had fueled the reviewing process of the vaccine's safety and efficiency. As there is enough data present in hand, WHO believes that the Vaccine will be completely available by the middle of 2020. Another vaccine for the cure is under the experimental stage currently preparing by Jhonson & Jhonson.

Merck's chief executive officer, Ken Frazier, said that vaccine is a milestone in science and the lab will work along with US Food and Drug Administration to license the vaccine along with regulatory agencies in Africa.

First Ever Ebola Vaccine Gets Approved by WHO