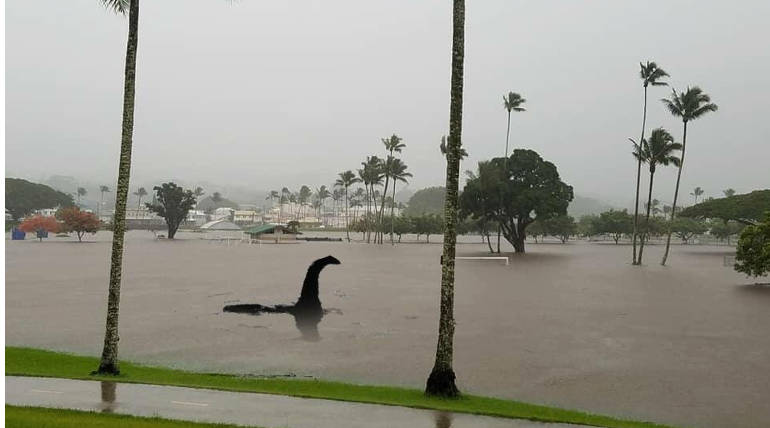 As Islands in the state of Hawaii was warned with heavy hurricanes hitting, the storm caused heavy rainfall on Thursday with flood threat all over the state. Rainfall was measured to be 20 inches in the biggest Island of Hawaii. Statewide emergency has been declared by President Trump with evacuation warnings for the people in the region.

Strong Hurricane storms hit the Island with the cyclone on Thursday and are said to cross the main Islands by Friday causing landfalls throughout that place which would be the first such happening in the past 25 years. People of Hawaii are asked to stay in safe places for the next 14 days. Currently, the emergency has been declared for the counties Kauai, Honolulu, Maui, and Hawaii.

The President has assured full support for the people in those areas and made 75% of FEMA funding to reach for providing resources to the evacuated people and for welfare activities. Areas facing heavy rainfalls already started flooding with 2 to 4 feet water and the American Red Cross have announced that 20 shelters are open for people and more to open soon for the camping of people from Islands.

Recent Natural disasters across the world are terrifying to see the gory mood of nature and America is witnessing continuous incidents after the Venezuela Earthquakes and Trinidad Quakes in this week.